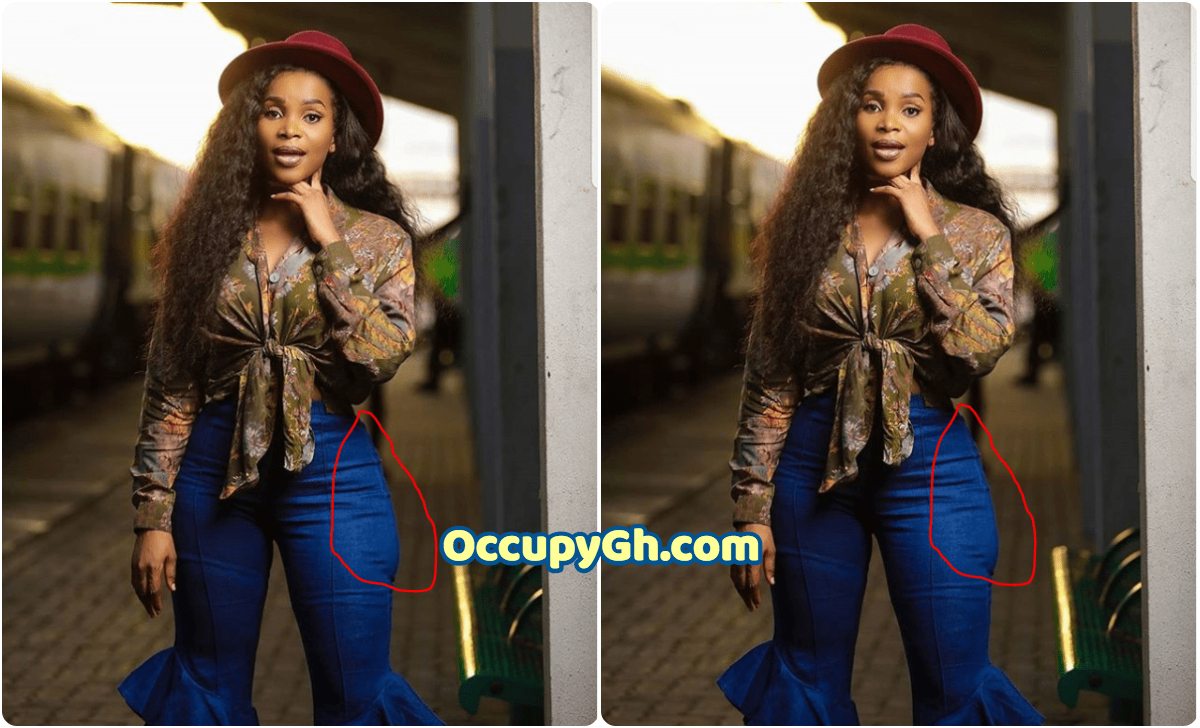 Social media descends on Benedicta Gafah after her alleged ‘hip-pad’ exposed her in her latest Instagram photo post.

It appears Benedicta Gafah has been deceiving the world all this while when she wears those skimpy clothes and tight jeans in her shots.

However, this time around, in her quest to drop one of her appetizing photos her fake life was exposed.

The photo that has garnered much attention sighted by OccupyGh.com shows Benedicta in a red hat, flower shirt, and a pair of jeans trouser. Her photo looks perfect until netizens noticed something wrong with her jeans.

The whole pressure photo went wrong as her hip pad left its position to say ‘hi’ to her followers.

Upon sighting that her ‘slaying has gone wrong’, Benedicta quickly deleted the picture, but we still have a copy of the trending photo.

Check out a Benedicta Gafah‘s photo below or visit OccupyGh.com for more stories.