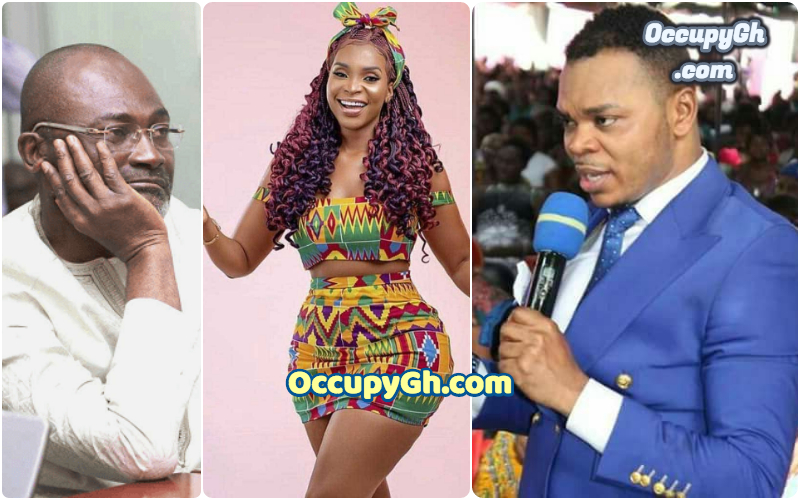 Kennedy Agyapong made the allegation on his program, “the rise and fall of Bishop Daniel Obinim part 3” which was organized purposely to reveal certain hidden information about the self-acclaimed angle and founder of International God’s way church.

According to Kennedy, Bishop Obinim slept with actress Benedicta Gafah. He stated that any time the two are having an affair, some people stand at the gate and deceive visitors that, the Bishop is holding a consultation with church members.

“Florence Obinim, so don’t you know that your husband slept with Benedicta Gafah?” Kennedy Agyapong queried wife of Obinim.

This and many wild allegations were made by the Member of parliament against Angle Obinim. The two have since been locked in a very trendy back and forth, attacking each other. We await a response from either the actress or Bishop Obinim as usual on this serious claim.