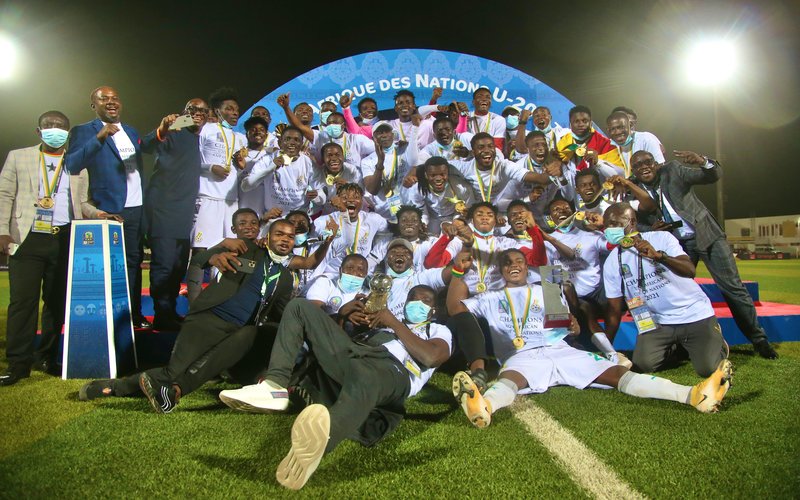 The spirited black satellites dominated and beat a very good Uganda side on Saturday evening to win the Africa U20 championship in Mauritania.

The Black satellites came close twice to take the lead early on as they hit the post twice in the first half.

This, however, didn’t deter the spirited black satellites and they took the lead shortly after hitting the woodwork with Hearts of Oak’s Afryie Barnie connecting a corner kick to push his team into the lead.

Barnie, who won the man of the match award, scored again in the second half to give the Ghana U-20 side a comfortable lead. They then went on to win the game.

This triumph means Ghana has now won the U-20 AFCON title four times.

In this article:Black Satellites, CAF, U-20 AFCON, Uganda