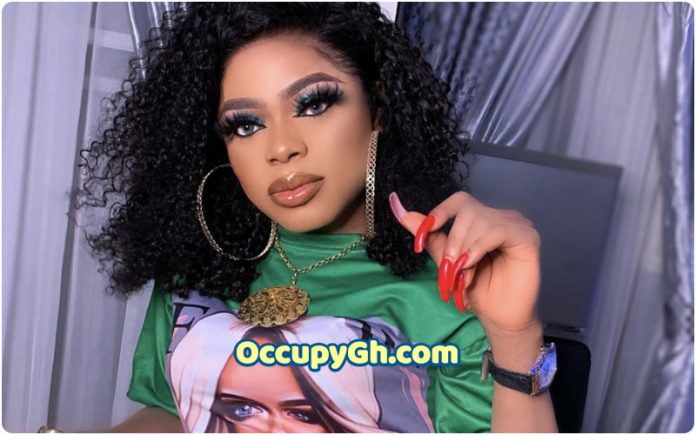 Popular Nigerian crossdresser Bobrisky has finally opened up on allegedly borrowing $48,590 for his lavish birthday party.

Recall that the controversial Instagram blogger, Gistlovers had alleged that Bobrisky borrowed 20 Million nairas from an unidentified Abuja Big Girl for his birthday and she would soon come for her money.

The blogger stated that Bobrisky has been pleading with the lady to temper justice with mercy owing to the fact that his account was frozen as a result of his ongoing court case.

It was also alleged that the money Bobrisky made from his birthday is all locked up in a room in his house over fears of not being able to access it if he takes it to the bank.

Reacting to this claim, Bobrisky has surfaced to debunk the posit while calling on people who cooked up the story to come up with proof.

Check out a screenshot below or visit