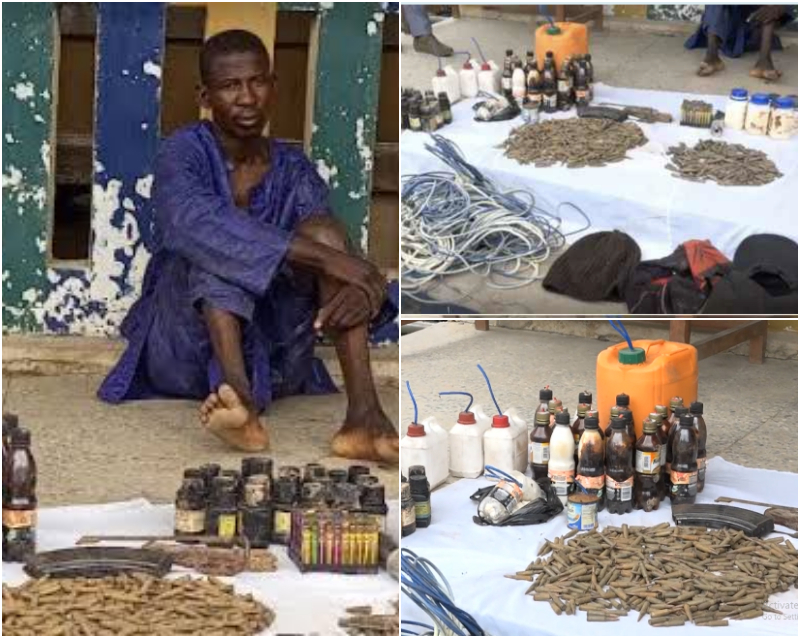 A Boko Haram bomb maker that has been linked to three bomb explosions has been arrested by the police in Taraba State Police Command.

The suspect was arrested in his house which he uses as a factory in Tella town within the Gassol Local Government Area of the state.

He was apprehended with different arms, ammunition, explosives, and devices for manufacturing bombs.

Authorities say the suspect who is from Zamfara State and is being held at the Taraba Police Command in Jalingo, is also a member of a kidnapping syndicate terrorizing, Niger, Kogi, and Taraba states for more than a year now.

Parading the 37-year-old native, the state’s Commissioner of Police, Abimbola Sokoya revealed that the police have sprayed their dragnet and soon operatives will capture two other suspects who are currently at large even as investigations continue.

In this article:Boko Haram, Crime, Nigeria