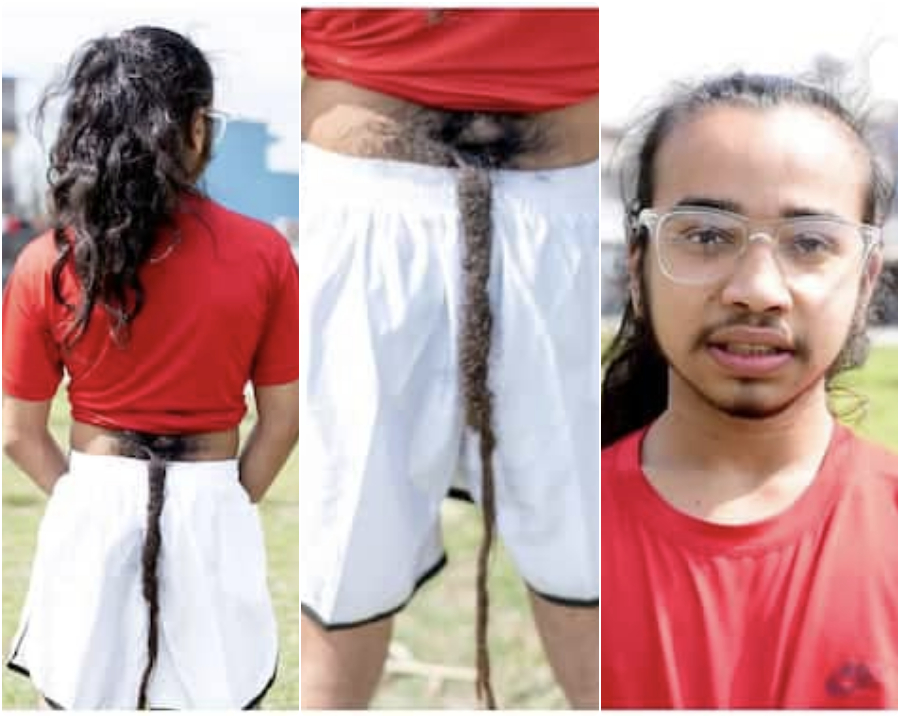 16-year-old Deshant Adhikari became an internet sensation after he blew up on the social media platform TikTok owing to an unusual growth he has – the lad has a hairy tail.

The Nepal boy was born with an appendage extending from his coccyx which now stands at 70cm.

Upon noticing the strange growth 5 days after his birth, details gathered indicates that his parents had taken him to local and international hospitals to get it removed.

They however began feeling happier about it after a local priest told them that he was a reincarnated god.

The priest believes Deshant is a reincarnation of the Hindu god of Monkeys known as Lord Hanuman, according to Hindu mythology.

Filmmaker Puskar Nepal who interviewed Deshant said the priest told the lad’s parents not to cut it or use anything to comb the tail as he may possess some supernatural powers.

The young boy revealed that he was actually embarrassed about his condition at first but now feels comfortable showing it to the world.

Deshant said, “A video of me went viral on Tik Tok and now a lot of people know me as the boy with a tail, and I feel good about it,” he said in a YouTube video by Carters Clips.

In this article:Deshant Adhikari, India, Viral