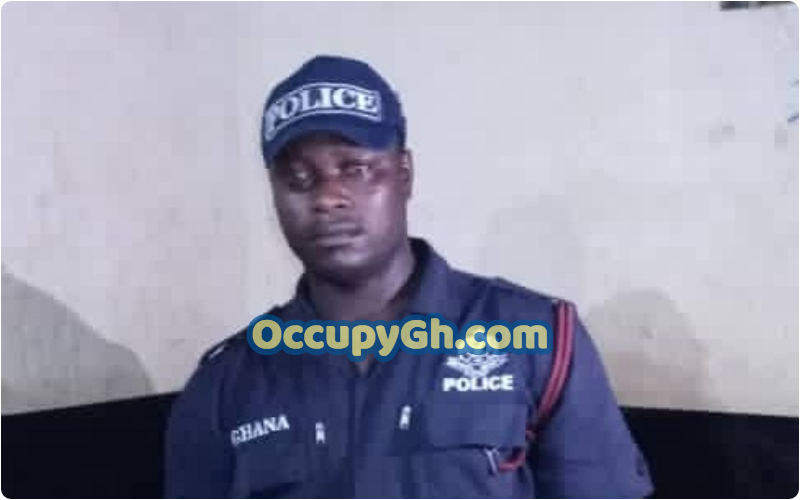 A fake police officer has been arrested in Kejetia by the Ashanti Regional Police Command.

According to the details gathered by OccupyGh.com, Agyemang Osei, a 29-year-old imposter has been going about police business in the environs of Kejetia.

Several reports by alarmed residents of Kejetia drew the attention of the police which eventually lead to his arrest.

“For some time now we have had information that somebody was operating like that at Kejetia, so they got him arrested...” Chief Superintendent George Ankomah Ashanti Regional Police Command said while reacting to the arrest.

Check out a picture of the fake police officer, Agyemang Osei, who was arrested in Kejetia below or visit OccupyGh.com for more stories.