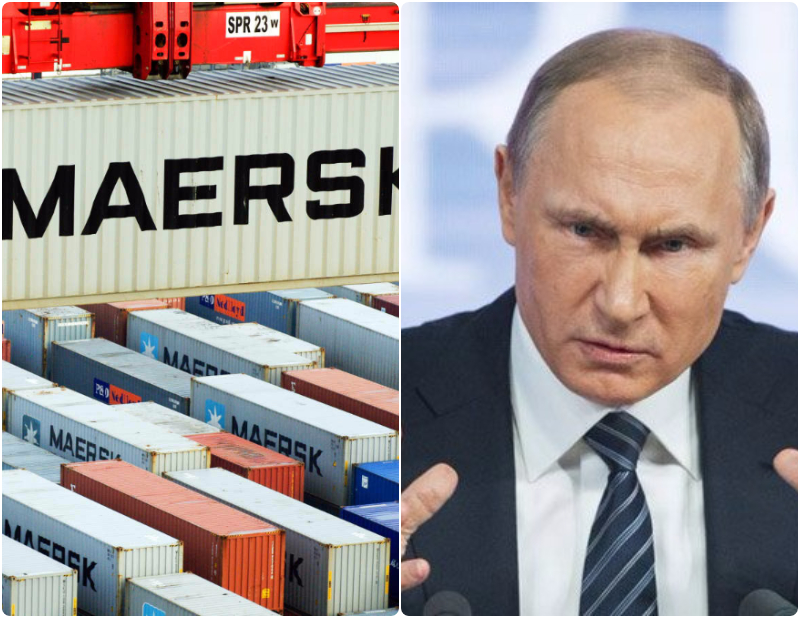 A piece of breaking news reaching us indicates that Shipping group Maersk has temporarily suspended all container shipping to and fro to Russia as a form of sanction after the country invaded Ukraine.

The suspension, covering all Russian ports, would not include foodstuffs, medical and humanitarian supplies, Maersk said.

“As the stability and safety of our operations is already being directly and indirectly impacted by sanctions, new Maersk bookings within ocean and inland to and from Russia will be temporarily suspended,” Maersk said in a statement.

The company operates container shipping routes to St Petersburg and Kaliningrad in the Baltic Sea, Novorossiysk in the Black Sea, and to Vladivostok and Vostochny on Russia’s east coast.

“With Global Ports, we are looking at how to comply with the ever evolving sanctions and restrictions and preparing possible next steps,” Maersk said.

The Copenhagen-based company has around 500 employees in Russia. Last week, it temporarily halted all port calls in Ukraine, where it has some 60 employees in Odessa. (Reporting by Nikolaj Skydsgaard, Stine Jacobsen and Jacob Gronholt-Pedersen; editing by Jason Neely and Louise Heavens)