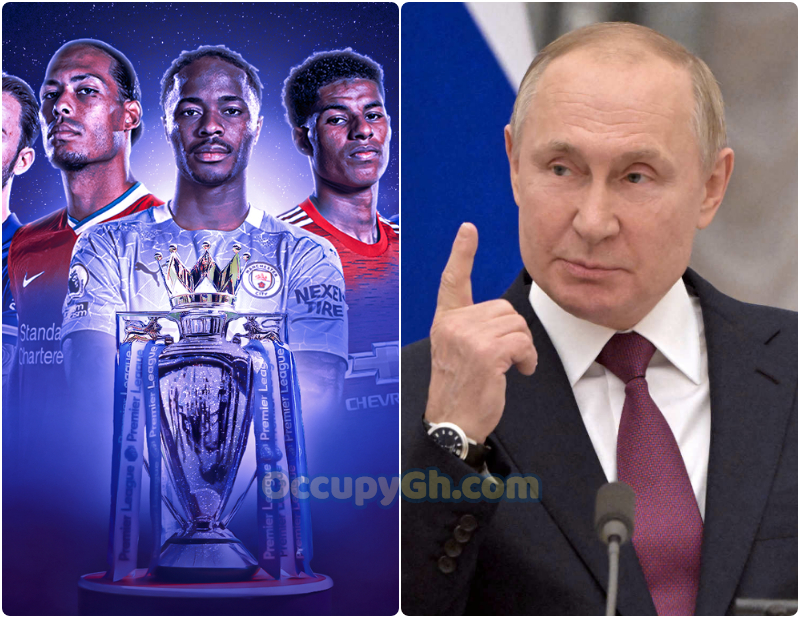 The English Premier League has halted all broadcasts of its league in Russia following the Ukraine invasion, occupygh.com has learned.

This comes after all the league clubs went into agreement to stop the broadcast of their matches in Russia.

According to the details gathered, 20 clubs agreed on the decision.

This decision comes after pressure from the foreign secretary Liz Truss to ax the coverage in Russia.

There are three months remaining on a contract with Rambler Media, in a deal which is thought to be worth £ 6 M per year.

Rambler Media is owned by Sberbank, one of the largest banks in Russia, in which the government has a controlling share. Sberbank has been named on the list of Russian businesses sanctioned by the UK.

”The Premier League and its clubs today unanimously agreed to suspend our agreement with Russian broadcast partner Rambler (Okko Sport) with immediate effect,’ the top flight said in a statement.

”The League strongly condemns Russia’s invasion of Ukraine. We call for peace and our thoughts are with all those impacted.”