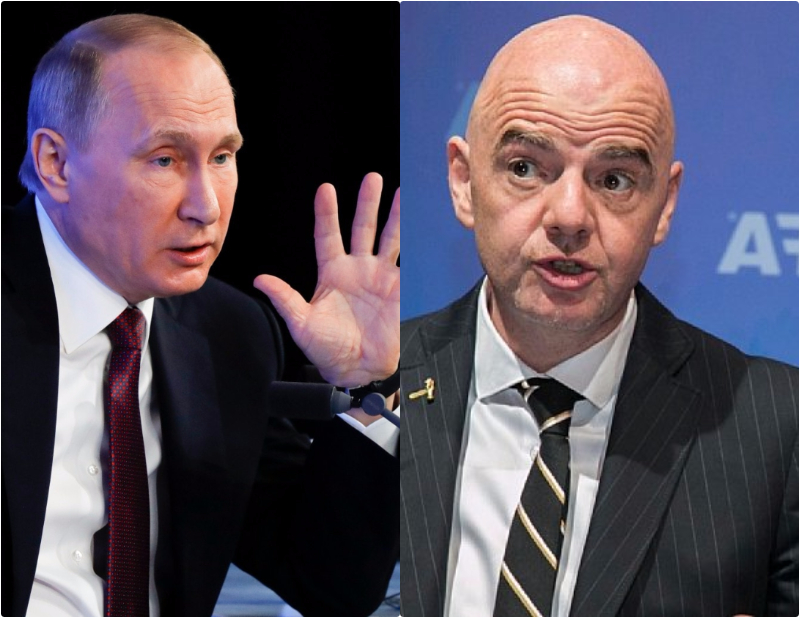 It has been gathered that FIFA is set to suspend Russia until further notice following the Ukraine invasion that has left many including civilians dead.

The IOC has urged sport governing bodies not to allow Russian and Belarusian athletes to compete because of a “breach of the Olympic Truce” by those countries’ governments.

It comes after Russia, supported by Belarus, launched a military invasion of neighbouring Ukraine last Thursday.

Fifa had earlier ruled that Russia must complete their upcoming games in neutral territory, under the title Football Union of Russia, and without their flag and anthem.

However, the announcement drew criticism – and Scotland and the Republic of Ireland joined several other nations, including England and Wales, as well as Poland, the Czech Republic and Sweden, in refusing to play against Russia.

Russia are scheduled to face Poland in the play-offs on the same day, followed by a final meeting with the Czech Republic or Sweden on 29 March, should they win.

Russia’s women are also set to compete at the Women’s Euro 2022 in England in July where they are in a group with the Netherlands, Sweden and Switzerland.

The International Paralympic Committee is to meet on Wednesday to discuss Russia, just two days before the start of the Beijing Winter Paralympic Games.