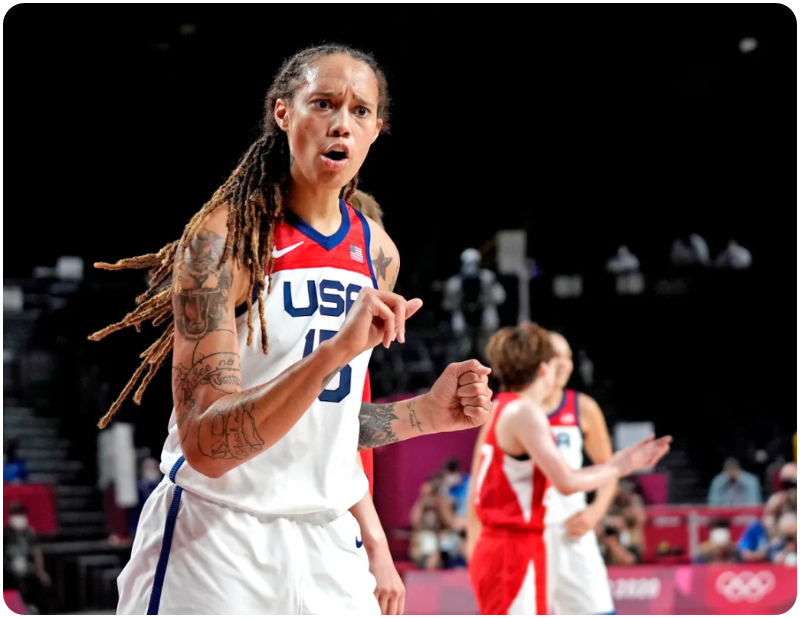 Brittney Griner is a basketball WNBA superstar. She has been taken into custody by Russia in Moscow for alleged drug charges.

She is facing drug smuggling charges after reportedly being found with vape cartridges in her carry-on luggage.

Authorities in the Russian Federal Customs Service said that they detained a “professional basketball player, a member of the US National Basketball Association, a two-time Olympic basketball champion in the US team,” identified as Griner by the Russian news agency TASS.

“Brittney Griner has the WNBA’s full support and our main priority is her swift and safe return to the United States,” a WNBA spokesperson said in a statement to USA TODAY Sports on Saturday.

Griner, a seven-time WNBA All-Star and two-time Olympic gold medalist, has spent nine seasons in the WNBA and has led the league in blocks in eight of those years. She has played for Yekaterinburg UMMC in Russia since 2015.

“We are aware of the situation with Brittney Griner in Russia and are in close contact with her, her legal representation in Russia, her family, her teams, and the WNBA and NBA,” Griner’s agent Lindsay Kagawa Colas said. “As this is an ongoing legal matter, we are not able to comment further on the specifics of her case but can confirm that as we work to get her home, her mental and physical health remain our primary concern.”

In this article:Brittney Griner, Russia