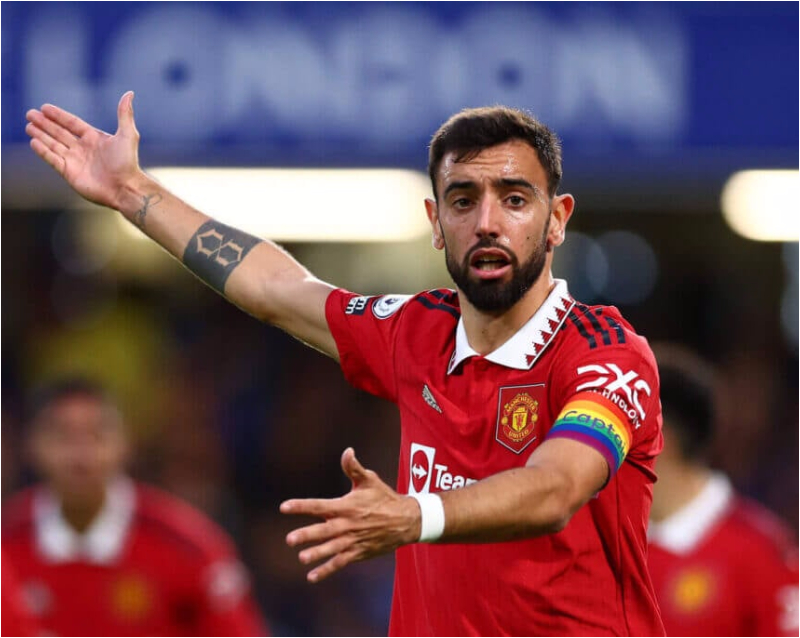 Bruno Fernandes Speaks Ahead Of Manchester United and City Derby

Manchester United player Bruno Fernandes has shared a word or two ahead of a derby against Manchester City.

According to Bruno, his teammates are not afraid to take on Manchester City today, January 14, even though they are one of the best teams in the world.

“Man City are one of the best clubs in the league, but it is about believing in ourselves,” said Fernandes. “Now probably you can see a team that has a way to play that convinces the fans and the players it is the right one that can win games.

“You go into every game and the feeling you have now is that we are not afraid to play against anyone. In the past, you couldn’t see that. When the toughest games were coming, there was a little bit of ‘can we do it or not?’.

BREAKING:  How to Place Bets on Betway

“But now if you look at the fans, the players, everyone, you feel that we can play face-to-face with everyone at this moment. We know what this game means for everyone in the city, in the club, for the fans, for ourselves. It’s been a good moment for us.”

While Manchester United are just four points behind Manchester City on the Premier League table, Fernandes stated that they believe in themselves and are not afraid of anyone.