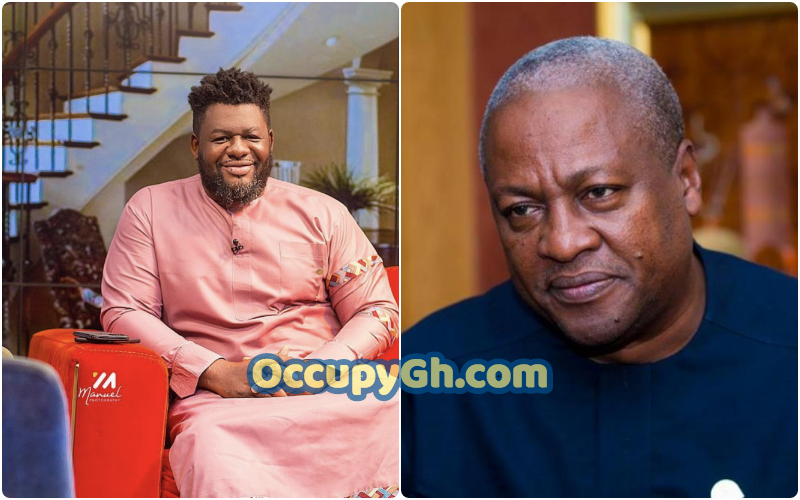 Bulldog Sends Discerning Message To Mahama After He Was Granted Bail

Bulldog has jotted down a lengthy discerning message to John Dramani Mahama after he was reportedly granted bail after being arrested by the National Intelligence Bureau (NIB) formerly BNI.

In Bulldog’s message to Mahama, he expressed his deepest gratitude to the former president and his brother, Ibrahim Mahama.

“Innumerable thanks to my big brothers His Excellency John Dramani Mahama and Ibrahim Mahama.

Your Excellency, the consolatory call and wise counsel was humbling! God bless you sir.”

He also called on the national organizer of the NDC, comrade Joshua Akamba, the entire executive, leadership, rank and file of the National Democratic Congress around the world to thank them.

“To the national organizer of the NDC, comrade Joshua Akamba, the entire executive, leadership, rank and file of the National Democratic Congress around the world, words cannot express my appreciation for the concern and support. Thank you so much.” Bulldog noted in his message.

He further thanked his family and friends for the support during his trial times.

“To my family and friends in the entertainment and media landscape I say thank you for the love and support.

To Despite media God bless you for the love.

To my wife and prayer pillar, my dad, siblings and entire family, thank you for being there.”

Of course, Bulldog noted a word to he BNI and the police service:

“To the personnel of BNI and the Ghana Police Service, I salute your professionalism.

To the inmates I spent time with in the roughest and toughest cell in Ghana (striking force), I say be strong and God keep you safe.

To my entire legal team you are exceptional.

To every prayer said for me by friends, family, acquaintances, well wishers and unknown admirers, God bless you all.

To all around the world that called sent messages to console me, God blessings is what ask for you.

There’s a tall list of names I owe gratitude to, God bless you all.

Through it all I give thanks to God for life and strength in the course of this beautiful ordeal.

My resolve is unshakable with God as my strength!”

Check out Bulldog’s message to John Dramani Mahama below or visit OccupyGh.com for more stories.