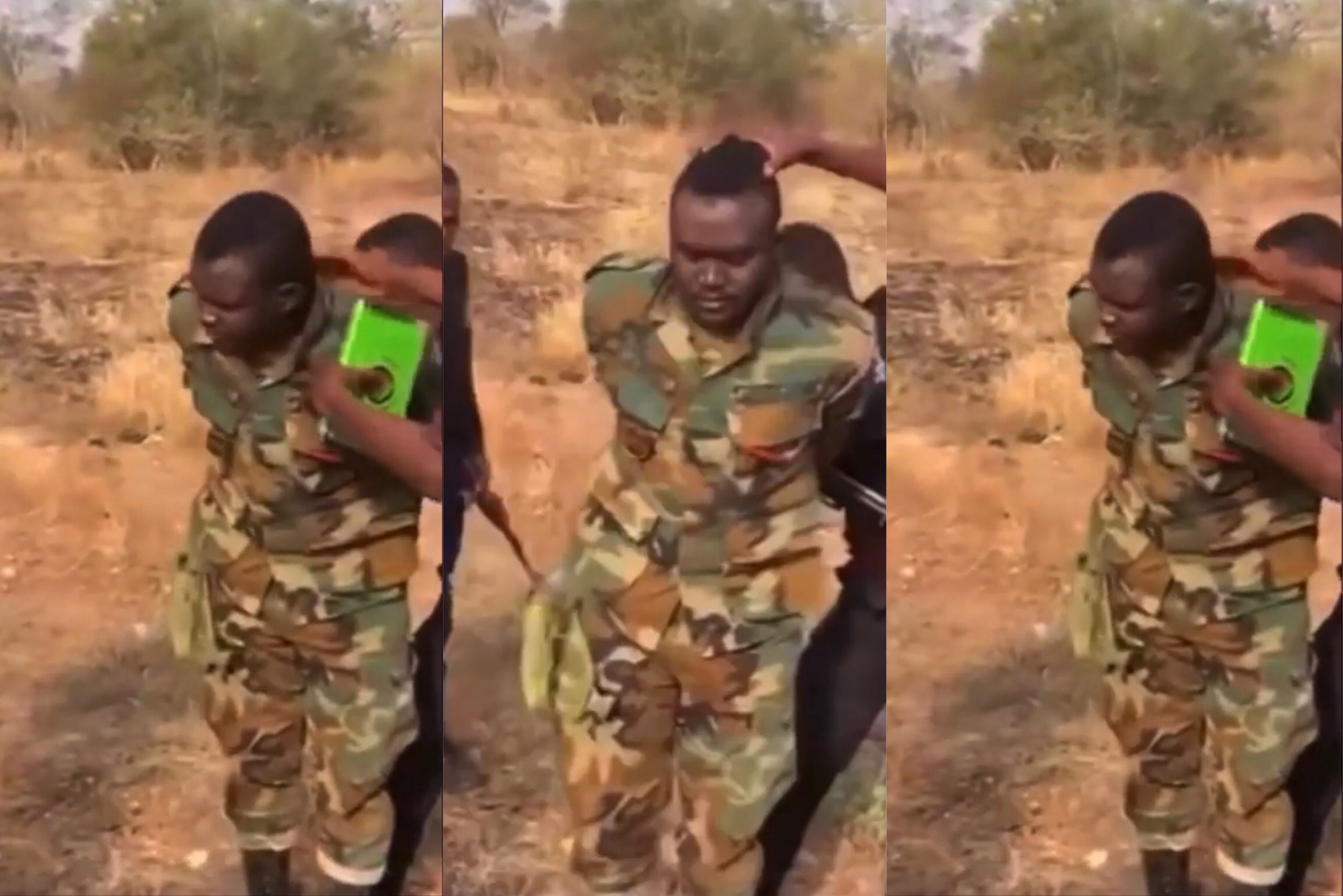 Information reaching Occupygh.com from Temale has it that, a Military man from the Burma camp has been arrested after he allegedly teamed with Armed Robbers to snatch someone’s Corolla Camry.

They were crossed and arrested by a Patrol team. This incident happened in Temale.

Full details are below;

Buipe District Sitrep:
On 23/01/2022 upon information received from RCID/Tamale to the effect that some people attacked and robbed someone in Tamale of his Toyata Camery Vehicle and other items and fled towards Buipe direction, the Buipe highway patrol team on duty at Sawaba Police checkpoint on Buipe – Tamale highway intercepted and arrested occupants of two vehicles with registration number AS8445-19 and GX6923-20 in connection with the crime and brought same to Buipe Police Station with the following suspects on board:

A search conducted on them found the following items 13 assorted mobile phones, one Falcon Foreign Pistol loaded with 9mm ammunition, a wallet containing a bunch of keys together with two handcuffs key, two Voter’s ID Cards