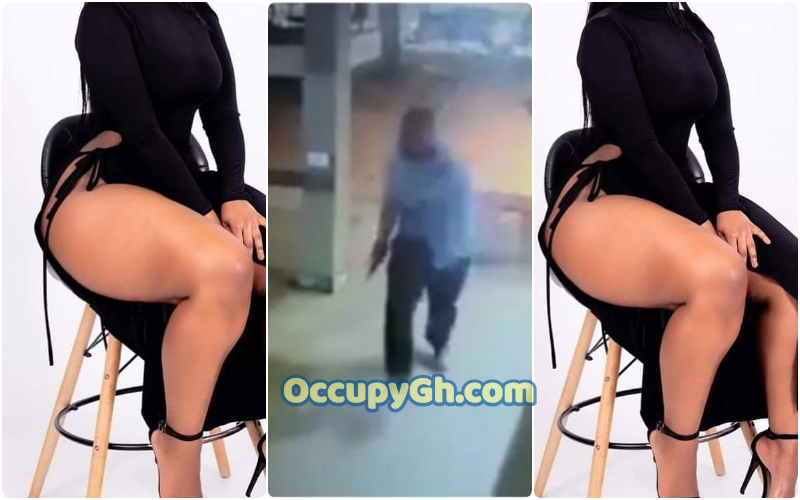 CCTV footage captures the exact moment two police officers shot each other allegedly over a woman.

The officer identified as Festus Musyoka was shot in the neck by Lawrence Muturi, a police constable attached to Kasarani Police Station.

The dramatic night incident happened yesterday near the famous Quiver Lounge along Thika around 9.30 PM.

According to a police report, Muturi confronted the DCI officer after he caught him red-handed with a woman said to be his lover.

Musyoka was the first to pull the trigger during the fierce confrontation. He shot his Kasarani colleague on the hand.

In retaliation, Muturi pulled his pistol and shot Musyoka on the neck. The lady they were fighting over was also accidentally shot on the abdomen during the scuffle but she is in stable condition.

Musyoka is currently fighting for his life in a city hospital while Muturi was treated and discharged.