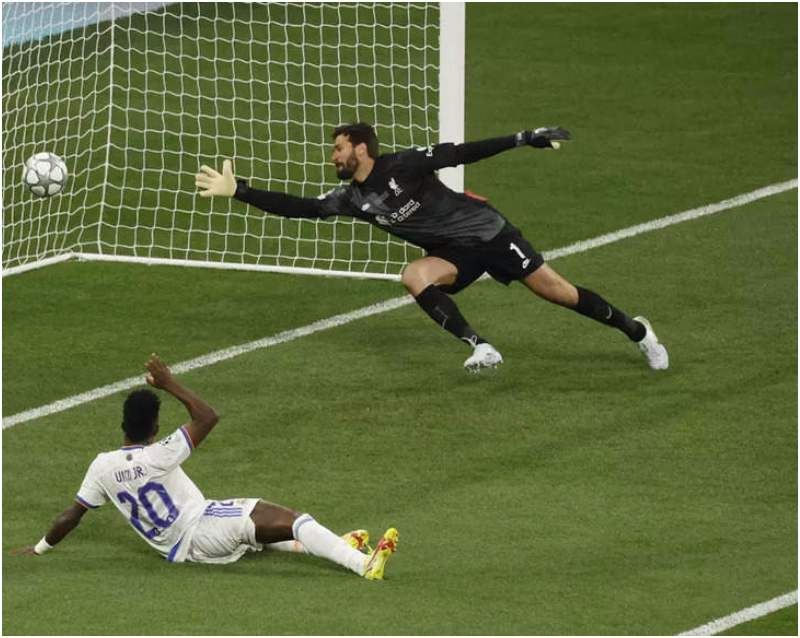 Real Madrid has emerged winners of the Champions League once again as they beat Liverpool 1-0 to win Europe’s most prestigious prize.

The kick-off was delayed by almost 15 to 40 minutes due to fans having trouble getting into the stadium. Liverpool was well on top as Sadio Mane and Mohamed Salah were both denied by brilliant saves by Thibaut Courtois.

Karim Benzema very nearly put Real ahead just before the break though, as an offside flag and a long VAR check denied him and kept it goalless going into half-time.

No team has lifted this trophy more than Real, the 13-time winners, while victory tonight at the Stade de France would take Liverpool’s tally to seven, a figure bettered only by the La Liga side.

What a stunning season it’s been for them, winning LaLiga and now this. An incredible run to the final and they’ve finished the job off.

Liverpool was dominant in the first half, didn’t take their chances though and Vinicius did just that after the break.