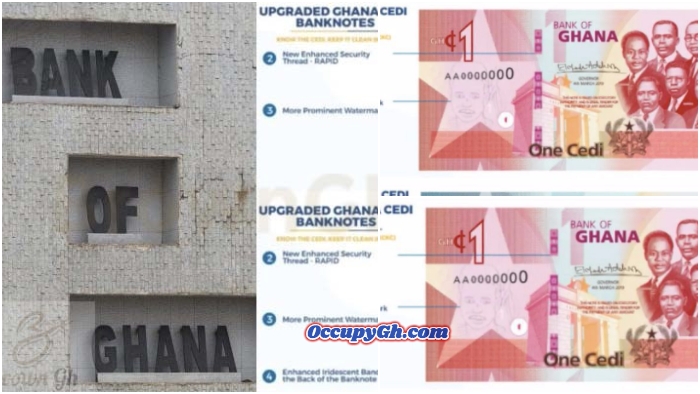 The Bank of Ghana has released a clearer version of the upgraded cedi notes due to start circulation on May 6, 2019.

The new notes were signed by the Governor of the Central Bank, Dr. Ernest Addison, on March 4, 2019.

On Monday, April 8, 2019, the BoG announced that it will issue upgraded and security-enhanced banknotes of the Ghana Cedi.

A statement from the Central Bank said the new banknotes will have enhanced security features in line with evolving changes in the technological landscape.

It further stated that the exercise is meant to strengthen the currency against counterfeits.

The upgraded banknotes will also come with improved durability and machine readability.

The BoG also added that the upgraded and the existing series of banknotes will co-circulate.

The statement said some principal design elements will, however, remain unchanged in the upgraded banknotes.