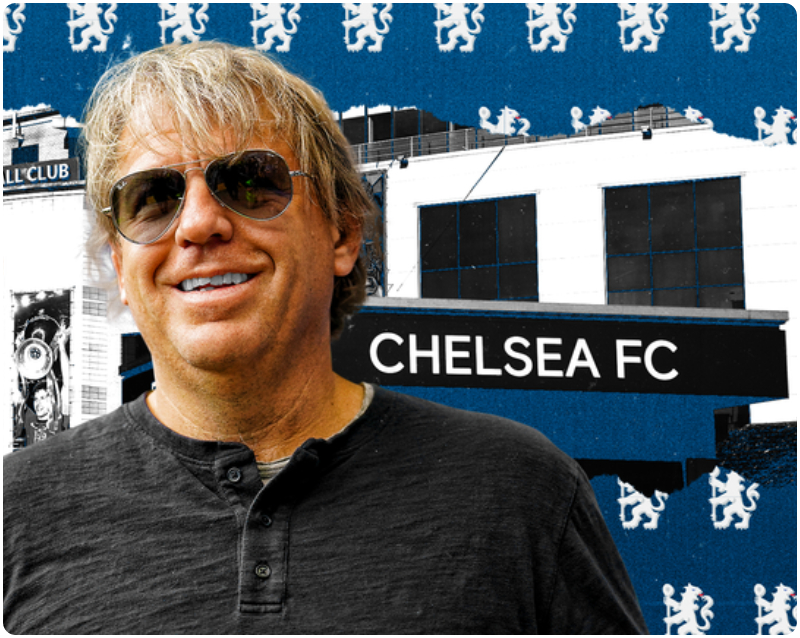 English football club Chelsea has a new owner who goes by the name Todd Boehly.

Todd Boehly is an American billionaire and a business tycoon.

In 1991, the now billionaire graduated from Landon School, a private college preparatory school for boys in Bethesda, Maryland.

In school, Todd was a wrestling fanatic and a member of the school’s wrestling squad that was crowned Interstate Athletic Conference (IAC)champions in back-to-back years in 1990 and 1991.

Being part of the superb squad that won the Interstate Athletic Conference championship, Landon honored his family by renaming their facility the Boehly Family Wrestling Room in 2014.

As he continued to further his education, in 1996, Todd graduated with a Bachelor in Business Administration (B.B.A.) in Finance from the College of William & Mary. He also went to the London School of Economics as well.

Boehly owns 20% of the Los Angeles Dodgers and is also a part owner of the Los Angeles Sparks. In 2019, Todd Boehly made an attempt to buy the English football club Chelsea for $3 billion, but the owner at the time, Russian billionaire tycoon, Roman Abramovich, rejected the takeover bid.

Boehly is the owner of fantasy sports company DraftKings and esports organization Cloud9.

Boehly, in partnership with Mark Walter, acquired a 27% stake in the Los Angeles Lakers from Philip Anschutz in July 2021. As of February 2021, the Lakers were the third-highest valued team in the NBA, with an estimated value of $5.14 billion.

Boehly was listed on LA Business Journal’s list of the 500 most influential people from 2017 to 2021.

Talking of his recent major deal, Todd is set to become the new Chelsea FC owner after winning the takeover race against Sir Jim Redcliff. Yesterday the Premier League approved the Boehly-led consortium to take over at Chelsea.

Talking of Todd’s love life, he is married to his wife, Katie Boehly. Following her husband’s traits, Katie is the founder of the institution Boehly Center for Excellence in Finance, launched in 2014. The institution is meant for students who want to venture into the finance industry.

Todd and Katie have been blessed with three children, namely Nick, Zach and Clay.