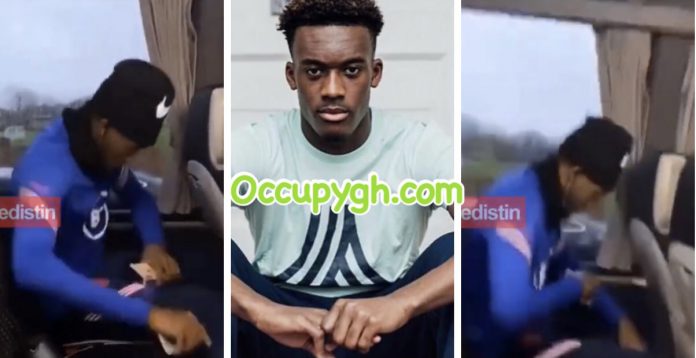 Ghana has been recognised as one of the most important groups of people to produce good music in Africa. As we make Afrobeat a pivotal genre in the world of music, people from other parts of the world get to recognise our efforts and applaud us.

English National, Callum Hudson-Odoi who also plays for Premier League side, Chelsea Football Club has been recorded on tape happily dancing to ‘Ayi,’ a song by Ghanaian artists Criss Waddle and Bisa Kdei.

The song which was released in 2012 became one of the most popular songs people danced to during events and occasions. Several years down the lane, it’s still making waves across the world as it goes viral.

DEMO: Rastafarians Association Threatens Not To Vote In 2020 If Marijuana...

Patapaa Buys Mazda Car Worth $30,000 While In Germany