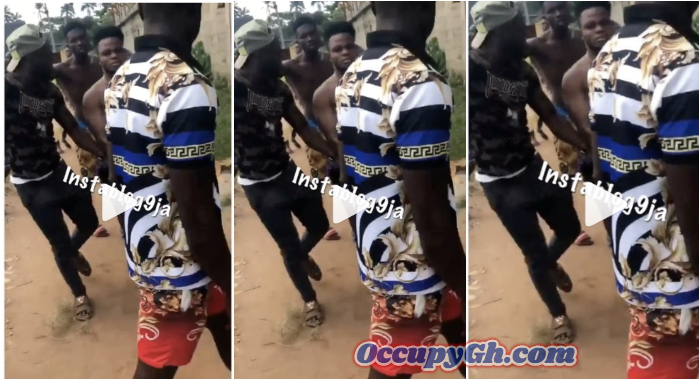 A chilling video seen of a young promising man, heartbroken trying to stab himself to death has surfaced on the internet.

Reports indicates that the incident happened on Wednesday 20th March in the Delta State of Nigeria.

Sources say the boy had gone to the Delta State Polytechnic to try and win back his girlfriend only to be turned down again.

The boy who couldn’t handle the rejection broke a bottle and tried to stab himself but he was saved by the bell when a passerby stopped him from stabbing himself.

In what could have resulted in suicide was prevented by a passerby who overpowered him and wrestled him and took the bottle from him.

The video has since gone viral and has received mixed reactions.