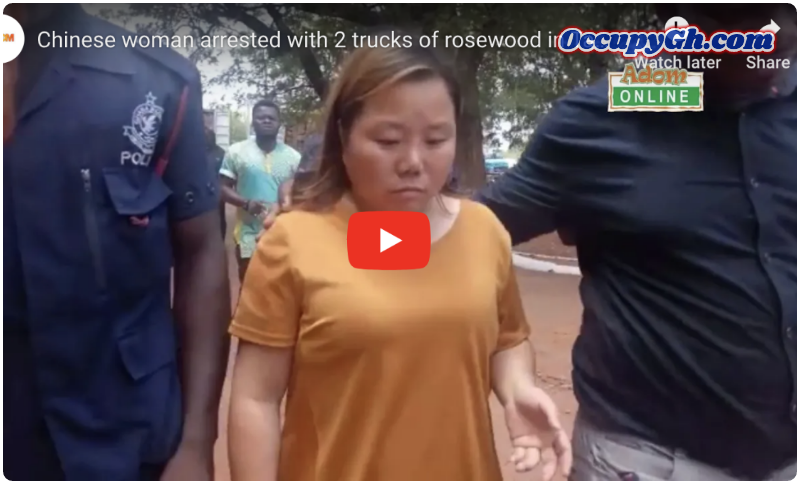 The Northern Regional Police Command has arrested a 43-year-old woman, Helena Huang for transporting two trucks of rosewoods in Tamale.

Ms Huang was arrested at the Vittin Barrier in Tamale, the Northern regional capital, together with her two trucks on Monday when transporting the rosewood from Tumu in the Upper West region to Tema in the Greater Accra region.

The Northern Regional Crime Officer, Supt Otuo Acheampong in a media briefing said the woman is currently in their custody with investigations ongoing.

“My men arrested a Chinese woman Helena Huang with two trucks full of rosewood last night in Tamale and our initial investigations established that the suspect did not have log measurements and conveyance certificate as well as lumber expectations certificate.

“The suspect Helena Huang insists she has all the documents but we will for now keep her in our custody till investigations are over,” he added.

The suspect was, however, insistent that she had her documents and stated she would soon make them available.

“I have called my sister to bring all the documents and anytime soon she will be at the regional police headquarters with the documents,” she stated.

The suspect accused the police of asking her for money and arrested her when she couldn’t pay.

In March this year, the Ministry of Lands and Natural Resources declared a ban on the Transportation, Conveyance and Exportation of rosewood until further notice, but the activities are believed to be ongoing in the country.