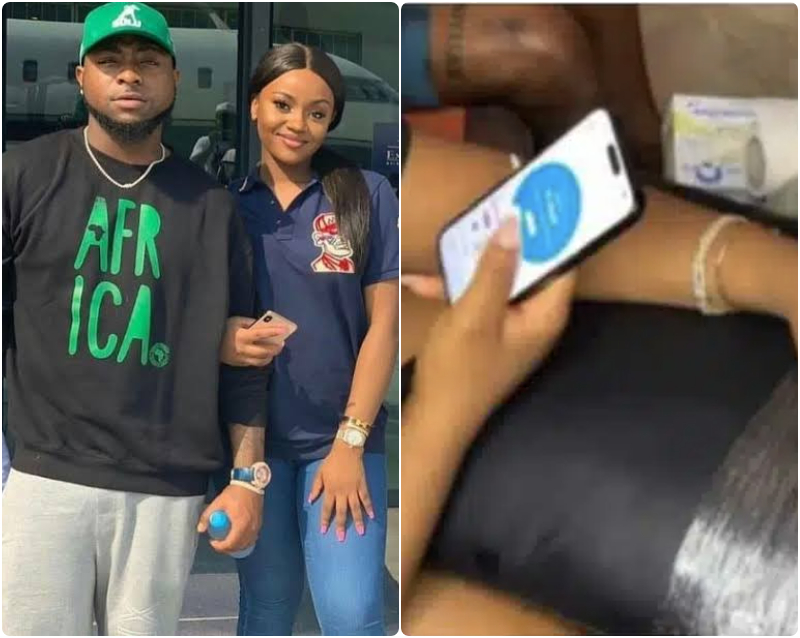 A video that has just popped up online sees Davido’s wife, Chioma checking her menstrual cycle in an app – is baby number two expected?

Recall that Davido and Chioma made the headlines a few days ago after a video of the couple surfaced online tattooing their names on their finger.

The newly married couples Davido and Chioma were seen tattooing each other’s names on their wedding finger. Davido tattooed Chioma’s name on his finger while Chioma also did the same.

However, some eagle-eyed social media users were able to catch a glimpse at Chioma’s phone while getting the tattoo.
Many have claimed that Chioma was going through a menstrual track app. This has made a lot of people send in their congratulatory messages.

In this article:Chioma, Davido, Nigeria, Relationship