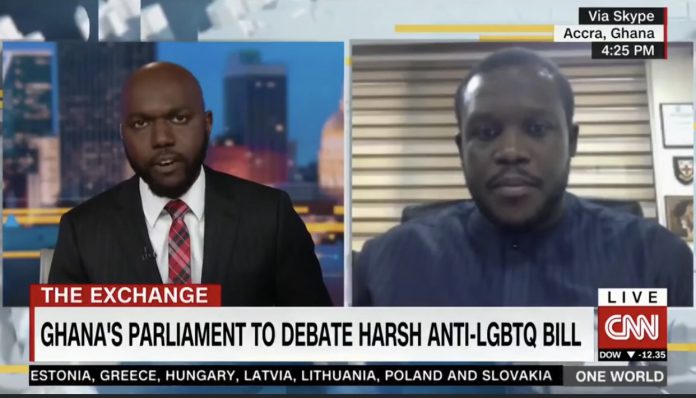 The member of Parliament for Ningo Prampram, Hon. Sam George Dzata is the man of the moment and praises are being heaped on him after countering a gay CNN Journalist who tried to interview him against the Anti LGBTQIA+ bill.

BREAKING:  I Will Chop Your “Trumu” When I Catch You - Captain Smart Tells Dr Wireku Brobbey For Supporting LGBTQ+

After the interview. Many lambasted and criticized the Journalist including Kenyans themselves.

Due to how ashamed Larry Madowo is, has announced his resignation from CNN after his brouhaha with Sam George sparked.

The criticisms seem to be too much for him leaving him with no choice but to just hang his boots as a loser.