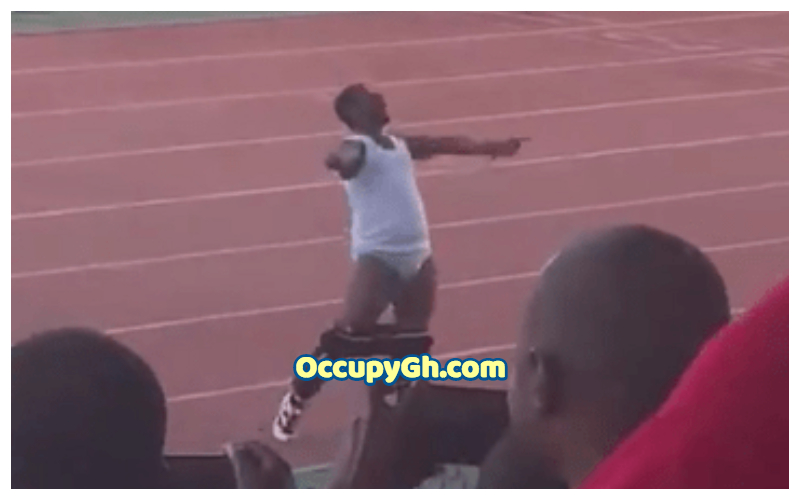 A Tanzanian football coach has been handed a six (6) month ban for over-celebrating a 1-0 victory over his former team.

OccupyGh.com has gathered that the name of the coach is Coach Mani Gamera. He is a member of the Miembeni Football Team in Tanzania.

Coach Mani Gamera dropped his pants to celebrate a victory over his former team by dancing crazily.

A viral video sighted by us at OccupyGh.com on Twitter sees Mani, who could not help himself was filmed vigorously wining his waist with his pants pulled down in front of his opponents’ stand.

Coach Mani Gamera was also slapped with a $200 fined.