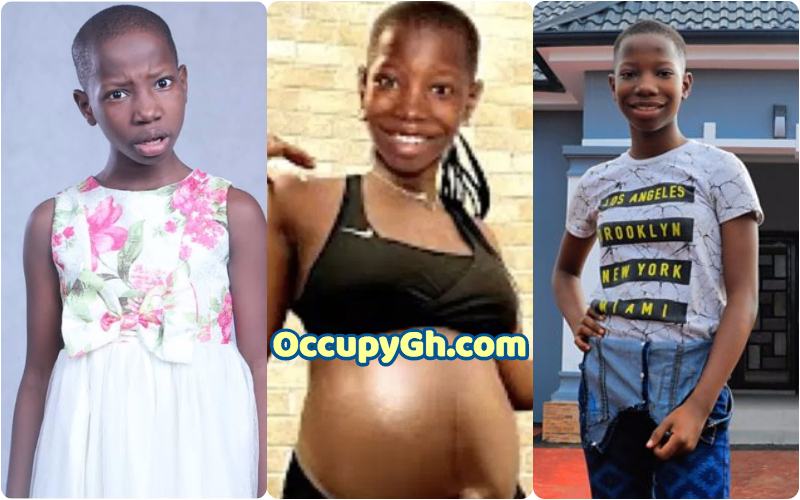 Nigerian comedian Emmanuella Samuel aka Emmanuella has finally reacted to rumors that she is pregnant.

Emmanuella’s reaction to being pregnant was just after she posted a video that got her fans worried.

In the video, Emmanuella was spotted with security officers as they moved slowly behind her. The young comedian then noted that she was at work.

An Instagramer @official_emmolak, however, stated that he could not see a bulging stomach.

Emmanuella spotted the comment and responded to it. According to her, it is obvious in the video she posted that she is not pregnant Emmanuella further explained that @official_emmolak must have heard a rumor that she was.

Check out a screenshot of her reaction below or visit  OccupyGh.com for more related stories.