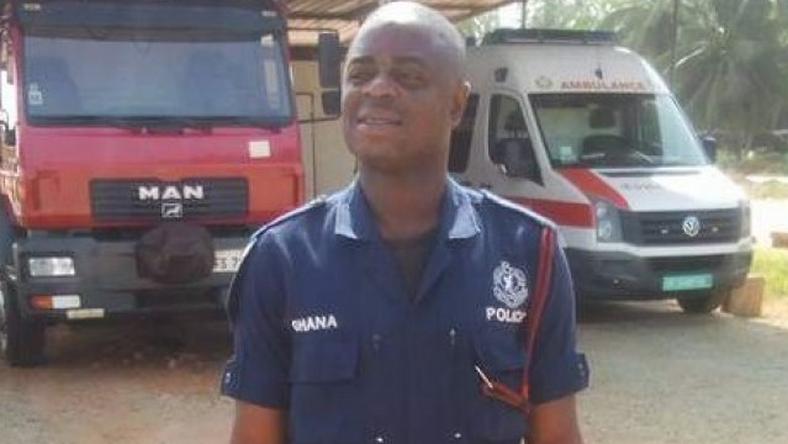 A police officer interdicted for allegedly stealing high tension cables, fridges and other valuables items from the Osagyefo Power Barge at Effasu, near Half Assini in the Jomoro municipality of the Western Region last February has committed suicide.

Sergeant Fuseini Mohamuda shot himself because he cannot take this disgrace [about] something I don’t know, he said in a suicide note.

A police report said Sergeant Mohamuda with badge no. 37400G “shot himself dead with an AK-47” after he sent CPL Iddrisu Kafando Muntari, badge no. 551484L, with whom he was on duty at the time, to buy him a shaving blade on Saturday, 23 March 2019.

Sergeant Mohamudu’s in his suicide note read: “I cannot take this disgrace [about] something I don’t know.”

He was found “lying in a supine position in a pool of blood, dead, with the rifle by his legs.”

Sergeant Fuseini Mohamuda is part of four policemen who are under probe for stealing pylon cables, fridges and other valuables on the power barge.

The interdicted policemen were deployed to protect the 77 meter-long Osagyefo Power Barge at Effasu, and confessed committing the crime.