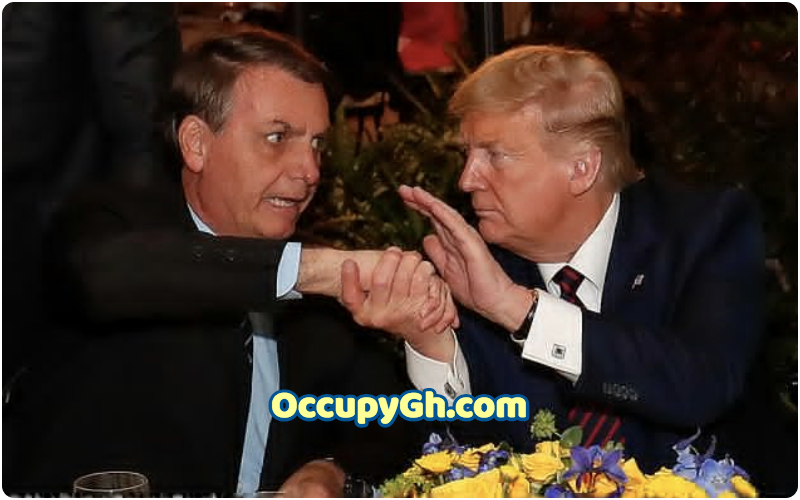 US President Donald Trump said he has finally buckled under to pressure and taken a coronavirus test. He is awaiting the result.

He took the test on Friday night and will get the result after 48 hours.

Trump had ignored calls in the past few days that he should take the test, after mingling with several persons who later tested positive for the virus.

Among them was Fabio Wajngarten, the Brazilian aide of President Joao Bolsonaro. The aide tested positive on Thursday, while Bolsonaro said he was all-clear.

On Saturday, Trump was photographed at his Mar-a-Lago resort in Florida standing shoulder to shoulder with the Brazilian official. Trump had resisted taking the test and he had a solid support from the White House.

Press secretary Stephanie Grisham said there was no need for Trump or Vice President Mike Pence to be tested. “Both the president and vice president had almost no interactions with the individual who tested positive and do not require being tested at this time,” Grisham said.

Trump did not explain why he changed his mind.

“I didn’t say I’m not going to be tested,” Trump said after one reporter asked him if he was being “selfish” by not getting tested and continuing to interact with members of his administration, including officials in charge of controlling the pandemic.

Trump was asked what his temperature was during the press conference, in which he replied ‘it was totally normal.’ He added: ‘If it wasn’t, I wouldn’t have been here.’

Defying public health precautions, he spoke to a large group of reporters in the Rose Garden and shook hands with numerous staffers who joined him on the podium.

“Shaking hands is not a great thing to be doing now, I agree,” Trump said Saturday, but he said it was a hard habit to break.

Dr. Anthony Fauci, a key figure in the response to COVID-19, spoke to the press from the lectern — repeatedly using his hand to adjust the height of the microphone into which the president, who is at least six inches taller, had just been speaking.

The White House announced Saturday that it is now conducting temperature checks on anyone who is in close contact with President Donald Trump and Vice President Mike Pence.

The move is being taken out of an abundance of caution in response to the coronavirus outbreak, said Judd Deere, a White House spokesman.

In this article:COVID-19, donalt trump