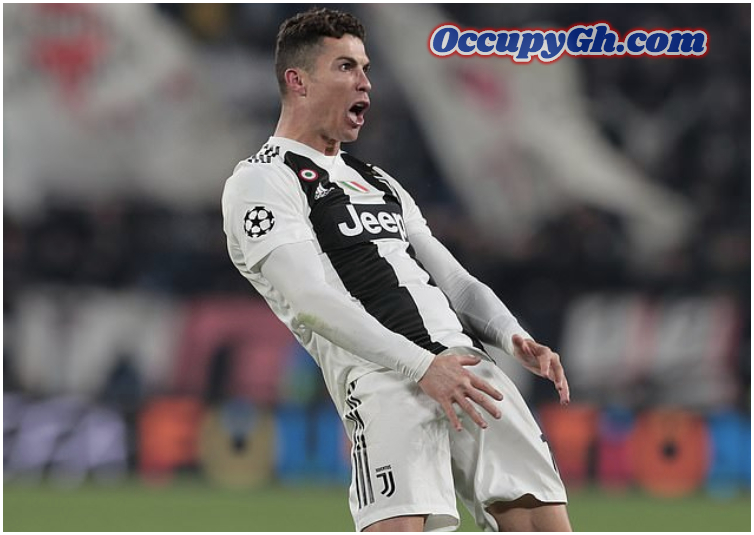 Will Cristiano Ronaldo be banned? The player is in danger of missing Juventus’ Champions League quarter-final tie with Ajax after UEFA charged him for his ‘cojones’ celebration.

The Portugal star imitated Diego Simeone’s gesture from the first leg of Juve’s last-16 tie with Atletico Madrid after scoring a hat-trick to knock out the Spanish club in the return fixture last week.

UEFA have now acted and charged Ronaldo with improper conduct, which could result in a ban for the former Real Madrid man.

In a statement, UEFA said: ‘Following a disciplinary investigation conducted by a UEFA Ethics and Disciplinary Inspector, in accordance with the Article 55 of the UEFA Disciplinary Regulations (DR), disciplinary proceedings have been opened following the UEFA Champions League round of 16 match between Juventus Football Club and Club Atletico de Madrid, played on 12 March in Italy.

UEFA also confirmed that they will deal with Ronaldo’s case at the next meeting of its Control, Ethics and Disciplinary Body on Thursday.

Ronaldo was pictured making the controversial gesture – which involves swinging both arms towards his crotch – after his side sealed a 3-0 win over Atletico to make it through to the last eight of the competition.

The 34-year-old was copying the celebration of Simeone, who made a similar gesture after his side scored the opening goal during the first leg.

Simeone was fined £17,000 for the incident but escaped a touchline ban for the return match at the Allianz Stadium.

In this article:Cristiano Ronaldo, Juventus