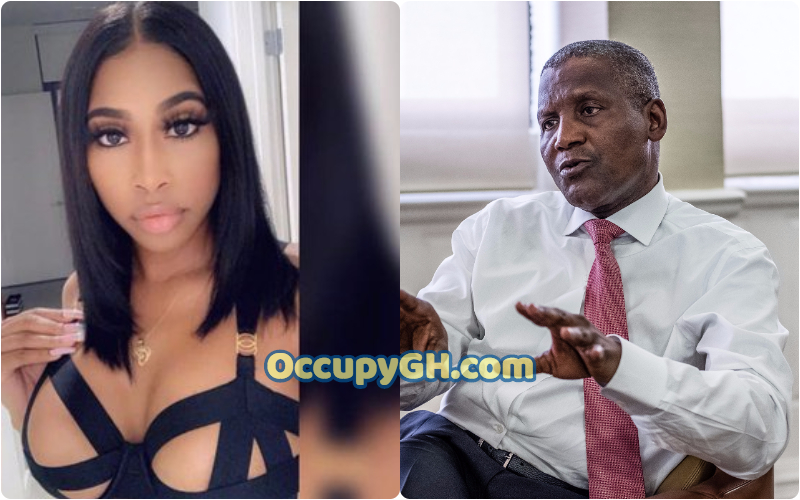 Autumn Spikes has disclosed that Aliko Dangote is suing her after she refused to accept a hush-money the Nigerian billionaire paid her to keep quiet.

The alleged Dangote’s ex-lover in her posts stated that Dangote is suing her for something his ex-girlfriend, Bea Lewis did while stating that she has never talked about them publicly.

She also claimed that she turned down interviews and talk shows while stating that she only wanted to clear her name after people called her an opportunist.

Autumn is the lady who shared a video of Dangote lying on a couch while they chilled in an apartment.

Check out screenshots of Autumn Spikes’ posts below or visit OccupyGh.com for more stories.