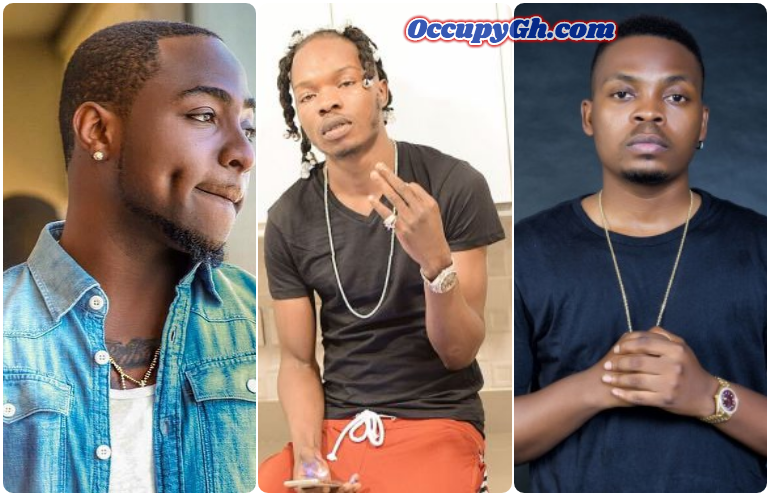 Davido and Olamide are both standing for one of their own, Naira Marley following his arrest.

They both took to their Instagram pages on Friday, May 10, 2019, where they announced their solidarity behind Naira Marley.

Their reactions are coming a few hours after the news of Naira Marley’s arrest broke the Internet. The spokesman for EFCC has however confirmed the story.EFCC speaks on why Naira Marley was arrested

The Economic and Financial Crimes Commission has revealed that the reason behind Naira Marley’s arrest is because of his involvement in advance fee scam and other related cyber crimes.

The acting EFCC spokesperson, Mr Tony Orilade, in an interview with Premium Times, said, “Yes, he is with us. He’s not the only person; he had some other persons also arrested alongside (him). They were arrested in relation to advance fee fraud — Internet-related cases and all of that. Give me a little time and I will get you the details.”

Azeez Fashola popularly known as Naira Marley has been arrested by men of the EFCC and is being questioned. It is not clear the reason behind his arrest but it could be connected to his recent comments on Internet fraudsters on social media.

We also reached to the singer via his email address for a response and we are yet to get a response. Also, the EFCC has not released any statement concerning the arrest of Naira Marley.