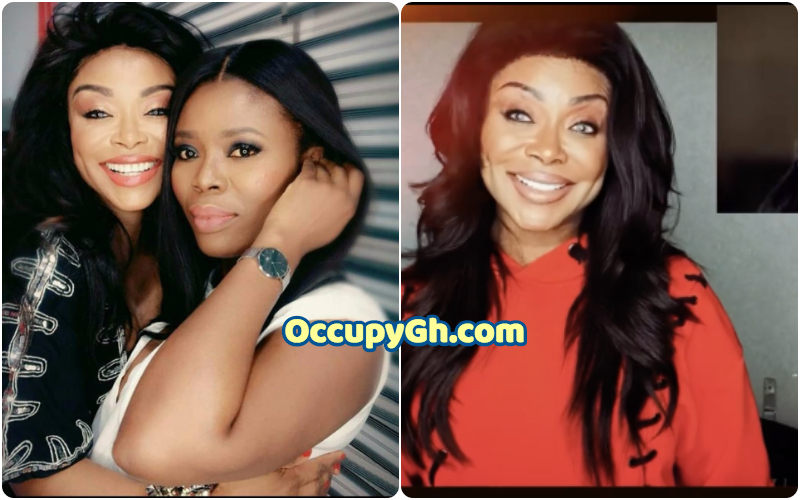 Following their viral photo that saw Delay and Stephanie Benson skin to skin, Stephanie has caused a new stir on social media as a viral video of her confessing her love for Deloris surfaces.

The video captures Stephanie Benson confessing her love for Delay.

She also noted that her feelings for Delay might destroy her marriage.

According to her, she has had fixations on Delay the first time she saw her. She revealed in a video that she wishes to have Delay all by herself, get hold of her curvy body, and do whatever she wants with it.

According to Stephanie Benson, she had to deal with her feelings for Delay over the past two years after their meeting because it would have destroyed her marriage.

In this article:Deloris Frimpong Manso, The Delay Show