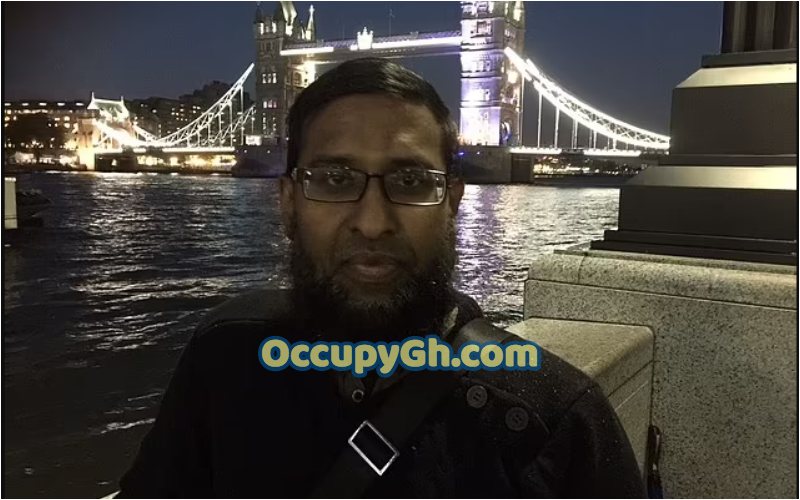 An NHS doctor has been suspended for squeezing a patient’s nipple during a medical examination and further asking for her number.

Murshid also exchanged numbers with the woman before sending her a WhatsApp message after the examination saying: ‘Hi. One small reminder please Keep a record of all symps.’

He was later reported to the General Medical Council after the woman spoke to her mother about the encounter.

She said she had felt ‘uncomfortable’ during the examination and claimed the doctor had ‘insisted’ on swapping phone numbers with her and informed her of the days when he would be working.

At the Medical Practitioners Tribunal Service, Murshid, from Wilmslow, Cheshire, was found guilty of various misconduct charges but was cleared of sexually motivated behaviour.

He was suspended from practise for eight months.

The Manchester hearing was told the incident occurred in 2019 after Dr. Murshid who had worked as a Registrar in Obstetrics and Gynaecology in a number of London hospitals between 2008 and 2012 began working at Guys in the Urgent Care Centre.

In a statement, the female patient said: ‘Dr. Murshid asked me to expose my chest area so that he could carry out an examination.

‘I remember quite clearly that he did not offer me a chaperone which I would have expected considering this was an examination of a private part of the body.

‘I was wearing a sports top at the time so I pulled this above my breasts to expose them so that Dr. Murshid could examine my chest.’

She added: ‘He was poking around my chest and asking me to cough to try and localise the pain which seemed perfectly normal until out of nowhere he squeezed my nipple which was so uncomfortable.’

‘As I was complaining of chest pain I was expecting a regular chest or cardio examination… but instead, Dr. Murshid carried out a breast examination and it was more of a feeling up than an examination.

‘When he was asking me to cough he was poking all around and pressing down on my breasts with his hand then at the end Dr. Murshid squeezed my left nipple.

‘He did not make any comments whilst he did this and did not explain before or after squeezing my nipple why this was being done or why it was necessary.’

Murshid initially claimed Patient A’s complaint was ‘a pure reaction to take revenge to punish’ but has since apologized and attended courses of maintaining professional boundaries.

In a statement, he said: ‘I recall asking her to cough, whilst I palpated along the left side of her chest. In palpating her chest wall, I inevitably touched her breast tissue due to the anatomy of the area.

‘I was palpating the area where she told me she had pain, but I did not perform a breast examination as such and I did not squeeze her nipple.

‘I do recall asking whether she would like a chaperone for the examination. There were, from memory, a couple of male nurses on duty that night and the only female member of staff was one of the other doctors, who was busy seeing another patient.

‘I gave her the option of waiting, but she declined as she had already been waiting for a long time and had had no sleep.’

In a report on the incident, a colleague of Murshid said: ‘Exposure of the chest is necessary to perform a comprehensive examination but a chaperone should have been offered by Dr. Murshid.

‘A breast examination was also not clinically indicated by the presenting history and the manner in which it is described as being carried out is not appropriate.’

The doctor’s lawyer Oliver Williamson said the tribunal proceedings had been a ‘continued learning experience’ and described the event as ‘a single isolated incident’.

She added: ‘He is remorseful and full of regret for his actions, as well as the impact that they have had.’

Finding the doctor’s fitness to practise impaired MPTS chairman Nicholas Flanagan told the hearing: ‘The tribunal was concerned Dr. Murshid did not consider the need to respect Patient A’s dignity and privacy throughout the examination, as her breasts were exposed and it considered that Dr Murshid failed to act appropriately.

‘Dr. Murshid seems unaware that an intimate examination is defined by the patient and not the doctor or the examination to be undertaken.

‘The Tribunal, therefore, remains troubled with Dr. Murshid’s understanding regarding intimate examinations, as well as the preparation and sensitivity required.

‘But it is more likely that Dr. Murshid had performed the examination through a failure to fully appreciate Patient A’s history and symptoms, rather than to obtain sexual gratification or in pursuit of a sexual relationship.

‘The tribunal is satisfied the doctor has insight and does not pose a significant risk of repeating behavior.’

In this article:Crime, Dr. Abul Murshid