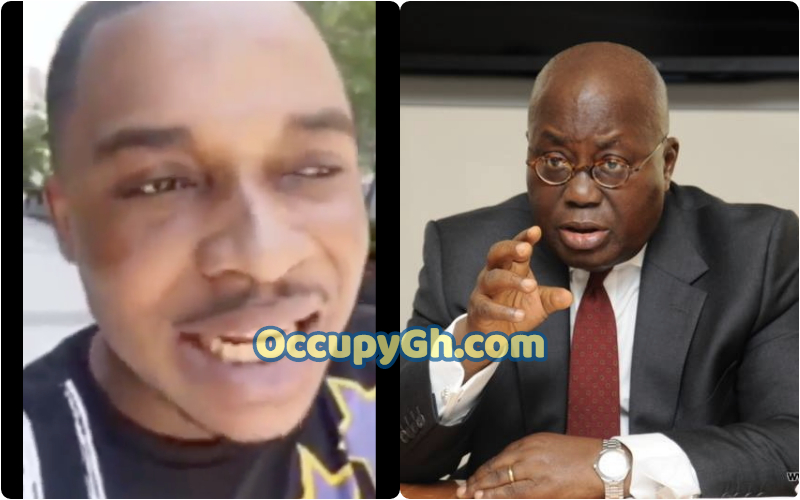 Don't Burn The Excavators, Use Them To Fix The Bad Roads - Twene Jonas Advises Akufo-Addo (VIDEO)

Loudmouth Twene Jonas has called on Nana AKufo-Addo to rather use the confiscated Excavators used for Galamsey to fix the bad roads rather than burning them.

Asking the Ghanaian leaders to wise up about the situation rather than burning the excavators, Twene Jonas plaining pushed the idea.

“Rather than burning these excavators, why don’t you people use it to fix the bad road in Ghana especially where timbers are cultivated in the country…”

“Just as the so-called leaders will confiscate cars of criminals and give them to their girlfriends, then why don’t they use these excavators for good use?,” He noted in a new video sighted by OccupyGh.com.