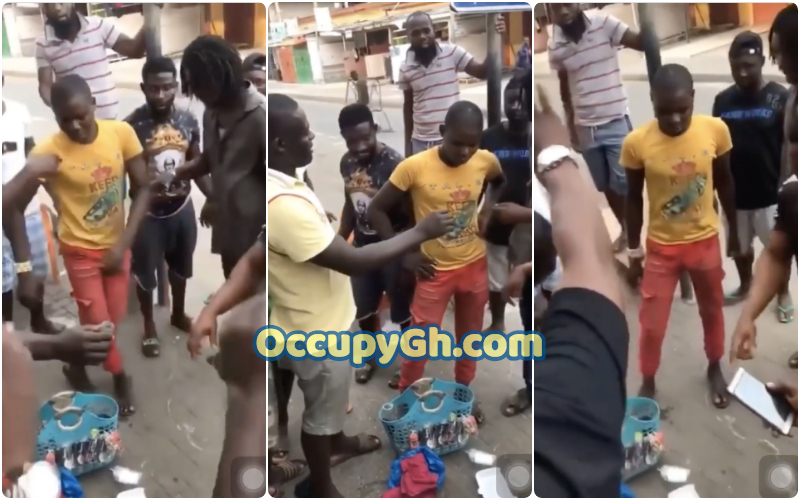 It was all dramatic when a man who has been selling poisonous alcohol to unsuspecting customers was forced to drink the alcohol himself as per a new video sighted by OccupyGh.com.

The irate mob pounced on the young man when he was going about his business after several people who had consumed the alcohol fell ill.

They forced him to drink the alcohol that he was selling but he declined since he knew it was poisonous.

In the viral video sighted online by OccupyGh.com, the mob is seen ‘disciplining’ the helpless man and threatening to lynch him for poisoning people.

Lucky for him, he was handed to the police, saving him from a mob justice.