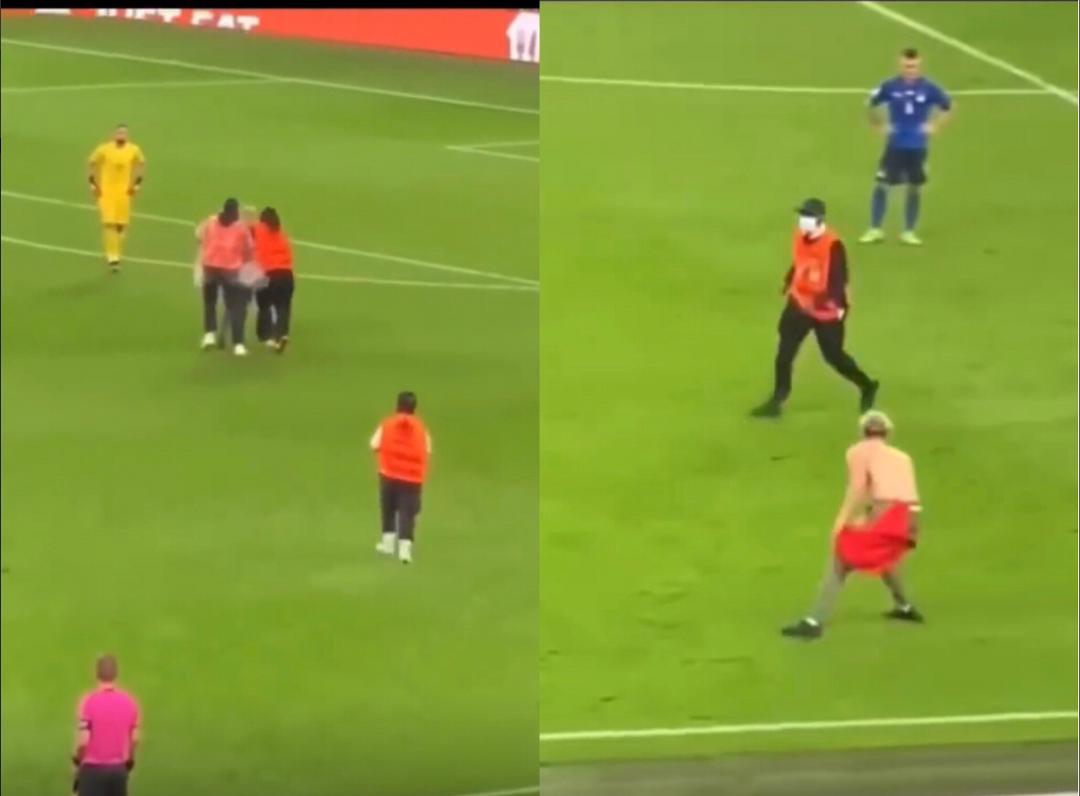 The Italian National team came out victorious at the just ended 2020 EURO final. Italy beat England on penalties by 3 goals to 2.

England scored in the first minute of the first half by Luke Shaw. unfortunately for them, Bonnucii equalized right after they resumed in the second half which sent both teams to extra time and straight to penalties.

Italy is the champion of Europe. It is a good feeling for the Italians after losing 4 goals to nil in the 2012 EURO’s to Spain and bouncing back after 8-years is great.

However, during the game, a pitch invader from nowhere stormed the pitch to disrupt the flow of the game. It was clear that he was an England fan of the dress he was wearing. It’s inappropriate but hilarious as well.