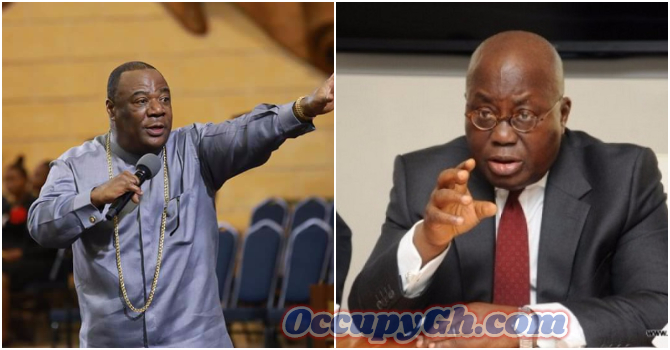 Nicholas Duncan-Williams – Head Archbishop and General Overseer of the Action Chapel International ministry has said Ghanaians must be wary of the tensions politics is creating in the country.

Duncan Williams explain, people are becoming more desperate as life becomes more difficult for them and very soon, they will act out of their desperation without care of the consequence.

“I’m worried as a spiritual man of what could happen when people become desperate. Desperation comes when people feel like there’s no way out and a desperate man or woman is a dangerous person and Jesus said any kingdom and house divided against itself cannot stand,” he said.

In an interview with Paul Adom Otchere, Archbishop Duncan Williams said Ghana is sitting on a time bomb which will soon go off.

He noted that the level of division, hatred and bitterness politics has created so far is too deep to ignore adding that even the National Security cannot handle what is about to befall the country.

“The depth of division in this country with the hatred that goes with it and the level of bitterness and anger because of ‘this belong to this party, that belongs to that party, Paul I’m telling you we’re sitting on a time bomb… and it will not be long we will face situations and there’s nothing National Security can do about it because the most dangerous thing is to deal with the man who is not afraid to die.”

In this article:Nana Akufo-Addo, Nicholas Duncan-Williams