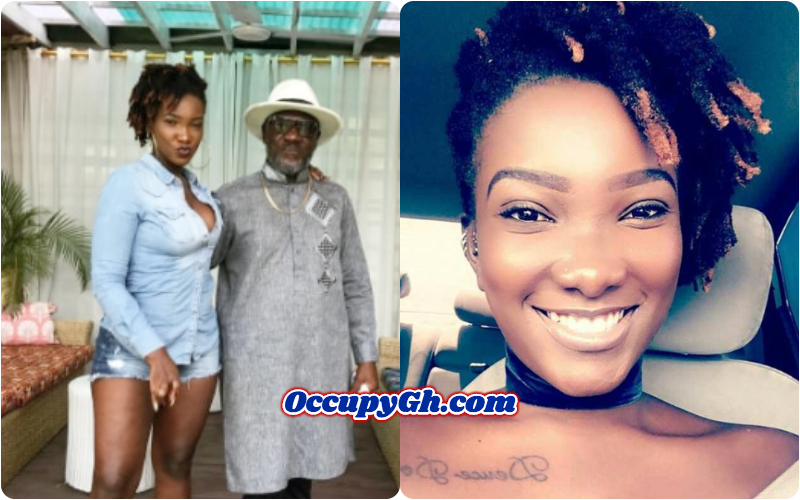 The late Ebony Reigns dad – Nana Opoku Kwarteng, famously known as Starboy Kwarteng has revealed that her late daughter’s ghost has been haunting him, directing him on what steps to take to keep her legacy going, OccupyGh.com reports.

According to the dad, Ebony Reigns keeps influencing decisions he makes from the grave. Starboy Kwarteng explains that Ebony’s ghost influences major of these decisions he takes on keeping her legacy.

“Even while she was alive, there were times I dare not refuse her directives that is how come I refer to her as a queen. You can represent her but never replace her. In my interactions with her, she has asked I get someone to represent her and that is why I have settled Kim Maureen”, Starboy Kwarteng said.

Starboy Kwarteng has once revealed that, setting up a record label in the name of her daughter is not for financial reasons but soley to continue her daughter’s legacy.

He said; “I set the record label up not because of money but to continue my daughter’s legacy. I have no option and I feel she will be happy about it,”