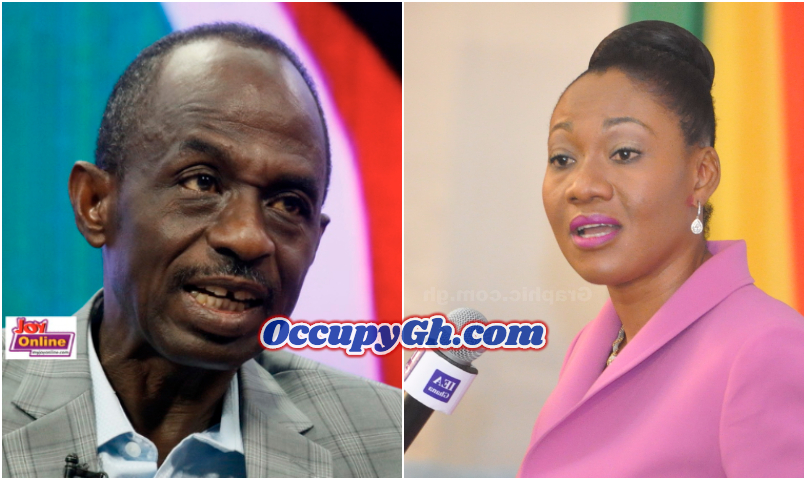 There was a spectacle at last week’s Inter-party Advisory Committee (IPAC) meeting at the Electoral Commission headquarters in Accra when the Chairperson of the EC, Jean Mensa and the General Secretary of the National Democratic Congress, Johnson Asiedu Nketia, engaged in a brawl.

She had acknowledged that the NDC had concerns in the last IPAC meeting and was looking forward to addressing their concerns emphasizing the need for peaceful co-existence of stakeholders.

As the meeting advanced, Mr. Nketia asked to know if the EC has gone to parliament to seek a budgetary appropriation for the upgrade of some bio-metric verification machines for the elections and if yes, why the commission has decided not to upgrade the machines again.

Ms Jean indicated she was sure the commission owed no political parties an explanation in that regard but went on to explain that it was cost effective for the commission to acquire new machines than to upgrade the old ones.

While at it, there was an ‘obstruction’ in the conference room. In her attempt to put the room to order, Mr. Nketia took offense, claiming he was not part of those who were being disruptive.

But he admitted “only laughing”, stressing that in his estimation the question he asked did not require the EC boss to deliver “thesis”.

Ms Jean would not take that from Mr. Nketia either. What happened next is all contained in this tape we intercepted: