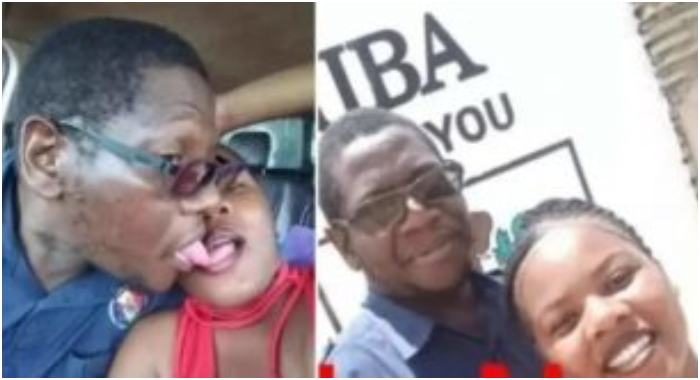 A married Zimbabwean man is currently on the hot seat after lovi-lovi photos with his side-girl surfaced on the internet.

The man identified as Christopher Mundembe, a regional manager of the Zimbabwe Electricity Supply Authority is now a troubled man.

But according to Christopher Mundembe when H-Metro contacted him for comment said;

“My mobile was stolen last week and I am still to find out who exactly l£ak£d the photographs as all my contacts received the photos. I replaced the line and upon switching it on I received several calls concerning the photographs.”

On the other hand, Chauke, The lady in question also said that she was not aware of how the photos had landed online.

” I never asked him if he was together with his wife. Also, we last communicated long back and I was not aware that he still had the photographs”.