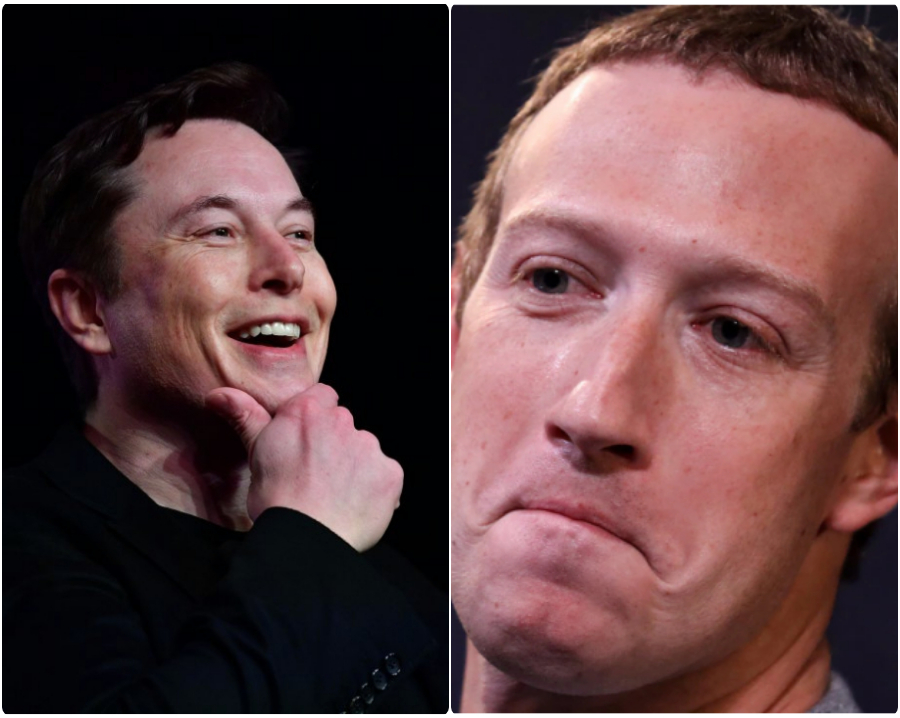 Elon Musk has mocked fellow billionaire Mark Zuckerberg, claiming he exercises too much control over his social media businesses while calling him ‘Zuckerberg the 14th’ in a mocking reference to the Sun King.
Musk, 50, who on Thursday tabled a $43 billion bid on Twitter to take the company private, was in Vancouver for a TED conference and was asked about his plans to buy Twitter, which he confirmed earlier that morning.

He insisted that it was ‘not a way to make money, but rather a bid to defend democracy and protect freedom of speech.

Asked what he would say to critics pointing out that the world’s richest man controlling such an influential platform could be dangerous, Musk replied that he wanted to make the platform more open, not more restricted.

‘As for media sort of ownership, I mean, you’ve got Mark Zuckerberg owning Facebook and Instagram and WhatsApp, and with a share ownership structure that will have Mark Zuckerberg the 14th still controlling those entities,’ Musk said, in a reference to Louis 14th, the all-powerful ‘Sun King’.

Musk said that he wanted to keep the maximum number of shareholders within Twitter, rather than dominating it himself. He currently owns 9.1 percent of Twitter. Zuckerberg owns 12.8 percent of Meta, the parent company of Facebook, Instagram, and WhatsApp.

BREAKING:  Go Back To London On Your Profile - Nana Aba Anamoah Slams Lady Who Begged Her For A Nanny Work

Musk also said that he wanted to help freedom of speech rather than do media censorship like Zuckerberg.

‘If in doubt, let the speech exist,’ said Musk.

He added: ‘I’m not saying that I have all the answers here, but I do think that we want to be just very reluctant to delete things. And just be very cautious with permanent bans. Timeouts, I think, are better than permanent bans.’

‘My strong intuitive sense is having a public platform that is maximally trusted and broadly inclusive is important to the future of civilization,’ he said

It’s not the first time Musk and Zuckerberg have knocked each other.

Musk in the past tweeted that people should ‘#DeleteFacebook’, accused Facebook of ‘spying’ on users, and blamed the company for stirring up the January 6 insurrection.

Musk on Thursday admitted that he didn’t know if his bid for Twitter would go through.

‘I’m not sure I will actually be able to acquire it,’ he told the Vancouver audience.

‘I could technically afford it, but this is not a way to make money.’