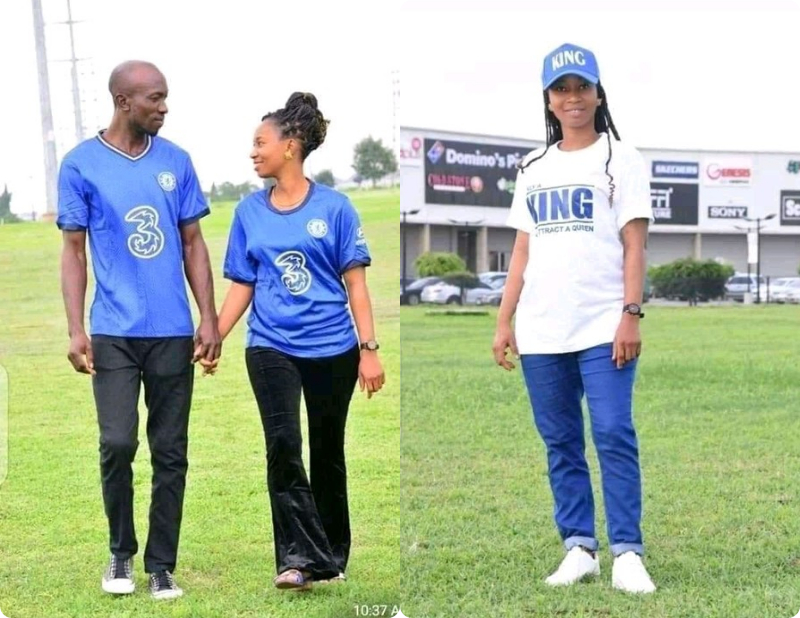 The couple, it was gathered, had been having a running battle, with the husband threatening to kill her.

It was learned that the matter got worse when Evelyn found a gun in Joseph’s bag on February 23.

She was said to have planned to report him to the police before he got wind of it, killed her, and fled.

She was said to have been found lifeless on the floor when the police broke into the apartment.

A Facebook user, Chukwudi Aluge, who shared the story online, said the family of the deceased was making arrangements for her to leave the apartment she and the suspect lived in before tragedy struck.

Aluge said, “Evelyn Alifiya has been responsible for her husband’s upkeep ever since he moved in with her after their marriage because he didn’t have a job. However, the marriage went sour and he started threatening to kill her.

“Evelyn informed her family about the threats and arrangements were being made for her to move out when she came across a gun in his bag. She informed her sister and they both planned on reporting him to the police but he found out about it and murdered her.

Evelyn’s sister, who reported the matter to the police, said after killing her, Joseph called their father on the phone and asked him to go and pick up her corpse.”
But the FCT Police spokesperson, Josephine Adeh, who confirmed the incident to City Round, said the suspect had been arrested.

Adeh, however, denied that the police demanded money from the family to prosecute the case.

“The incident is true and we were able to nab the man and he is in our custody. The rumors making the round that our policemen were demanding money to investigate the matter are not true,” she added.