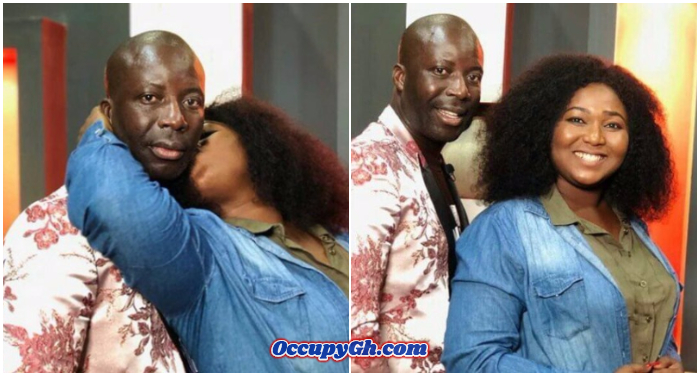 Prophet Nicholas Osei popularly known as Prophet Kumchacha, has revealed that, prior to becoming a preacher, his specialty was peeping at women when they were bathing.

He says he was so notorious for the act in the Akyem area, where he hails from and that he was given a nickname for it, adding however that, “I can’t say that name here because it’s not good for TV”.

The founder and leader of the Heaven’s Gate Ministry was contributing to a discussion on UTV’s telenovela, “Who Killed Libia” and monitored by MyNewsGh.com on Sunday evening when he said, “at my hometown in Akyem, I was so notorious for hiding behind bathrooms and watching the nakedness of women when they were bathing, to the extent that I earned a nickname for it”.

He scolded women who wear sexually suggestive clothes to deliberately entice men, saying, “even if I’m a ‘Man of God’, know that I’m a man first before God comes into the equation, so if you tempt me that way, I may fall”.

He said women have become so cheap nowadays that, “even if a man sneezes, they will ask that, please were you talking to me”, revealing that his only chance of seeing the nudity of a woman when he was growing up was to spy on her in the bathroom.

Prophet Kumchacha also revealed what a dreaded sex addict he is by saying, “I have 35 styles, so you can’t be my wife and be saying you’re tired of having sex; no matter how tired you are, you must avail yourself to me anytime I want it”.

“But for sex, wives wouldn’t be necessary, because apart from sex, there’s nothing that I can’t do for myself or get my mother, sister or aunt to do for me”.

Before settling in Accra some years ago, Prophet Kumchacha was accused of attempting to rape one of the ladies in his church at a hotel in Kumasi, under the guise of giving her a spiritual direction, popularly referred to as “akwankyer3”.

It is rumoured that, he was forced to flee Kumasi, where he had a well-established congregation, because he could not stand the shame of having to live with the tag of a rapist.

He has, since leaving Kumasi for Accra, being an advocate for conjugal sex.