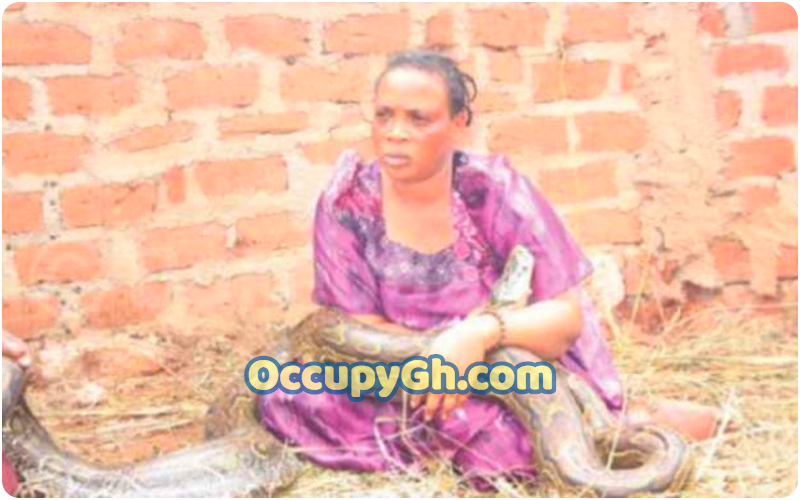 A woman identified as Gogo Nenohwe has been caught breastfeeding a snake as per details available to OccupyGh.com.

She has been arrested and arraigned in court for witchcraft after being nabbed with the snake on her chest.

According to a 12-year-old girl, who spotted the woman while breastfeeding the snake in her friend’s house, Gogo uttered names of fellow villagers she wanted her pet to deal with.

The girl said she saw Gogo breastfeeding a giant snake with a red cloth and beads tied around it, after which she fed the snake.

The eyewitness confirmed that the snake stayed in the room where she was staying before the incident room before moving to another room.

Meanwhile, other villagers said they have come across a giant snake with a red cloth tied around it, though there are now efforts to capture the snake and bring it to the traditional ruler’s court.

Check out these photos below or visit  OccupyGh.com for more related stories.