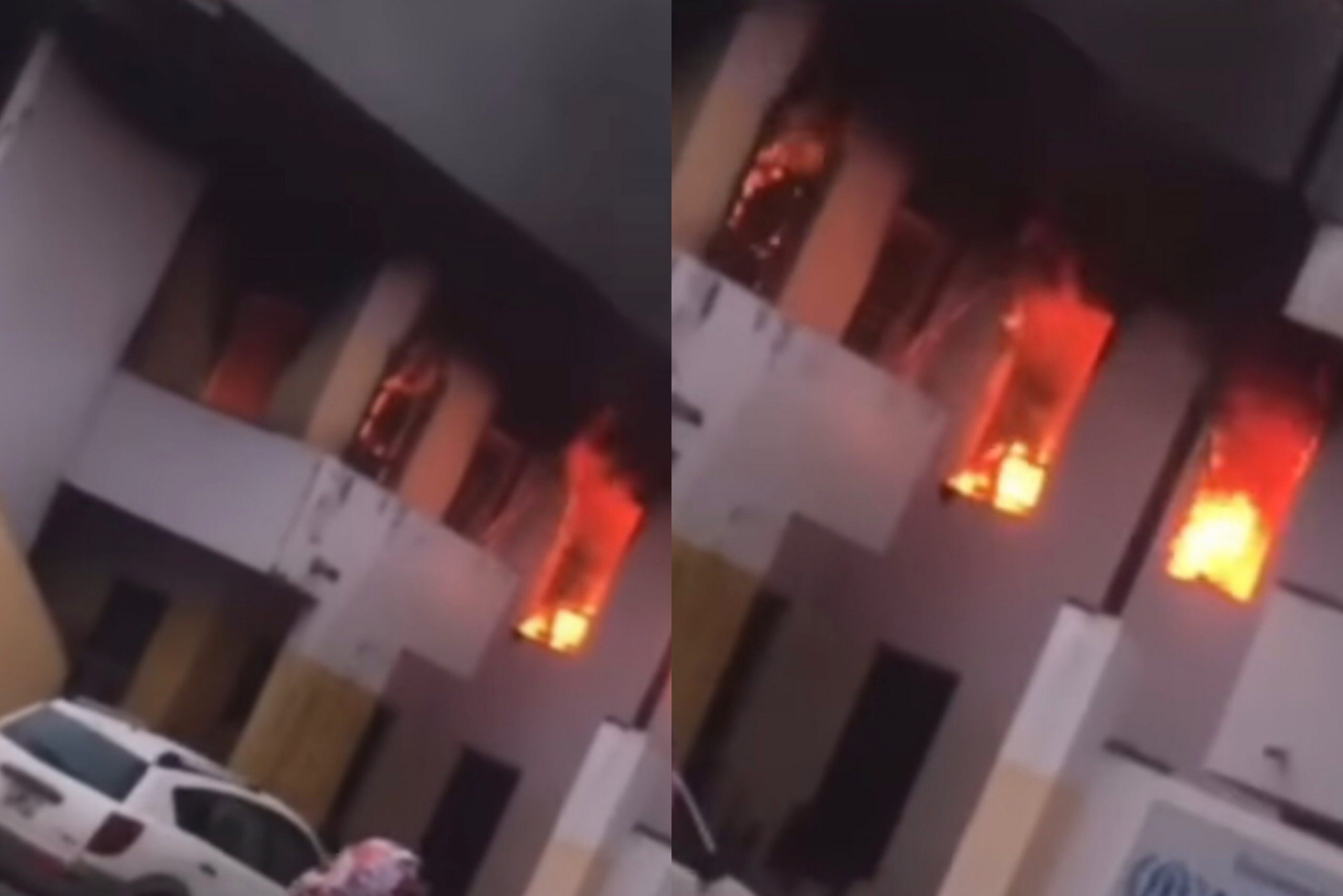 The victims who died in the fire have been identified as a headteacher and his wife, together with their four children and house help.

The fire which started at about 5:30 am on Saturday, 15 January 2022 spread through the one-bedroom flat apartment which the family resided.

The eyewitness said, the father was shouting trying his best to break out but the fire started at the sitting room where the only exit is located making him unable to break through their highly secured door.

When the Fire Service got there, the harm was already caused but they helped to put off the fire.

The immediate cause of the fire is not yet known as fire and police officers in the area are still carrying out investigations.

Meanwhile, the bodies of the deceased have been deposited at the St. Gregory Hospital morgue at Liberian Camp, Budumburem.