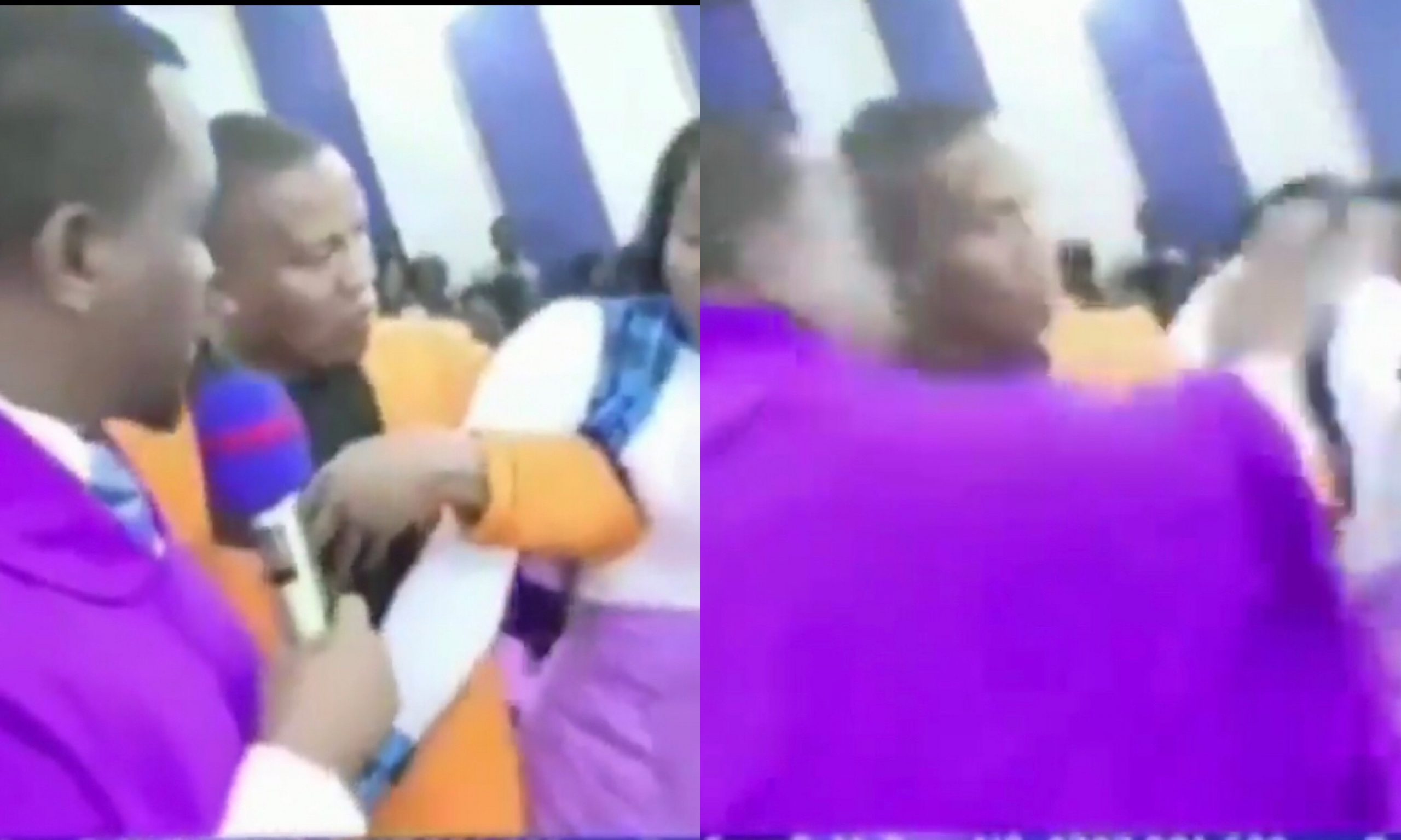 The major problem hindering progress and regarding growth in Africa is the way Clergymen abuse religion and makes it unattractive by setting unnecessary doctrines.

Most Pastors in Africa especially in one man Churches have been portraying some miracles and putting down the measures in place which do not even go in line with the word of God.

BREAKING:  "Your Father Was One Of Us" - Chaos As Masquerades Chases Church Members, Take Over Burial Rite Of Man

However, a man God of God slapped a woman in his Church after the woman confessed that she is a witch and so there she has caused many destructions to others.

He slapped the woman making her lose her stamina as she fell under the so-called anointing slap.