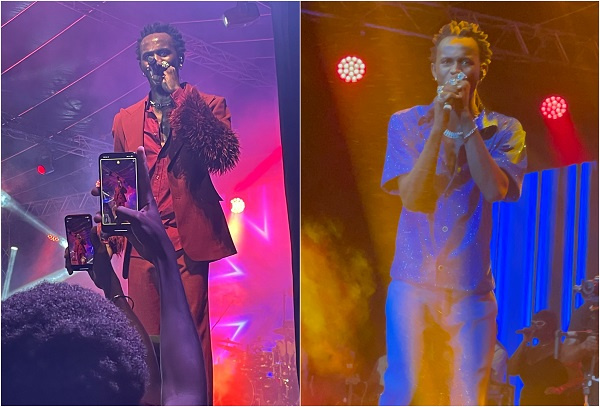 Black Sherif, the sensational Ghanaian musician, gave it his all during his debut performance, Mozama Disco, which took place on December 21.

The rowdy crowd was alternately entertained by well-known musicians.

When asked why they chose Mozama Disco out of the numerous concerts in Ghana in December, fans were caught on camera stating their reasons.

For organizing a performance with minimal to no casualties, Black Sherif won accolades.

People who spoke with reporter Paula Amma Broni thanked the organizers for placing a strong emphasis on the safety of the spectators and for investing in the show.

BREAKING:  EEISH! I Will Marry 20 Wives And Give Birth To 68 Children: Ajagurajah Reveals

In the interview with GhanaWeb, Black Sherif conveyed his gratitude to his family of supporters, whom he referred to as “attendees.” Additionally, he pledged to revive Mozama Disco.

In this article:Black Sherif, Fans Hail Black Sherif For This Reason, Featured, His Performance Are Older