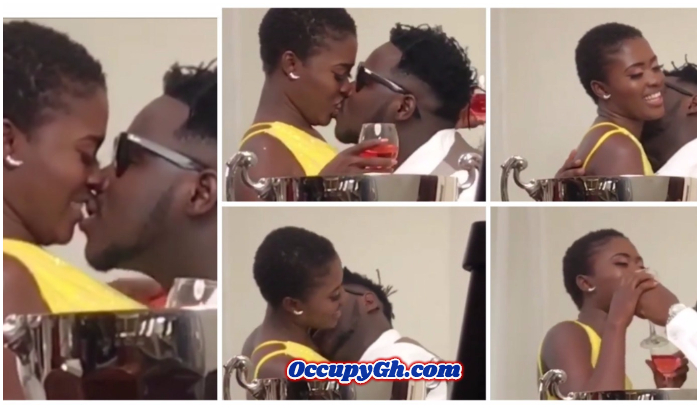 Actress Fella Makafui has taken to social media to flaunt the promise ring she received from her rapper boyfriend Medikal.

Fella Makafui and AMG rapper Medikal have been in a relationship for some time now since the rapper’s breakup from his sugar mummy girlfriend Deborah Vanessa.

According to what we gathered, the ring was given to Fella at the initial stage of their relationship and it’s worth Ghc 400,000.

From what we have been told by a source close to them, they are preparing to walk down the aisle very soon.

In this article:Fella Makafui, Medikal, Relationship