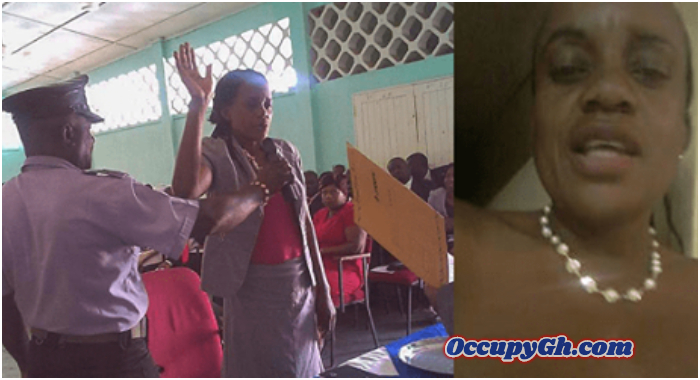 A deputy Mayor’s n*de photographs are circulating on social media after they were l3aked through her political party WhatsApp group last week.

The Kariba Deputy Mayor Councillor in Zimbabwe, Farai Mageva, has got the residents demanding an apology after it was claimed that the photographs were meant for her lover.

When reached for comment by local tabloid H-Metro, Mageva said;

The photographs were of me and destined to a family group although they l3aked into an MDC WhatsApp group. I have been receiving calls from various people including journalists, but the truth is that the photographs were to show that my heart is swelling.

I visited my doctor who told me that it was an ECO and I saw nothing bad in informing and showing my relatives about such an illness.

As we speak I am not feeling well and many people are wishing me speedy recovery so I do not see the need to apologize to anyone in the community.

In this article:Crime, Nigeria, Zimbabwe