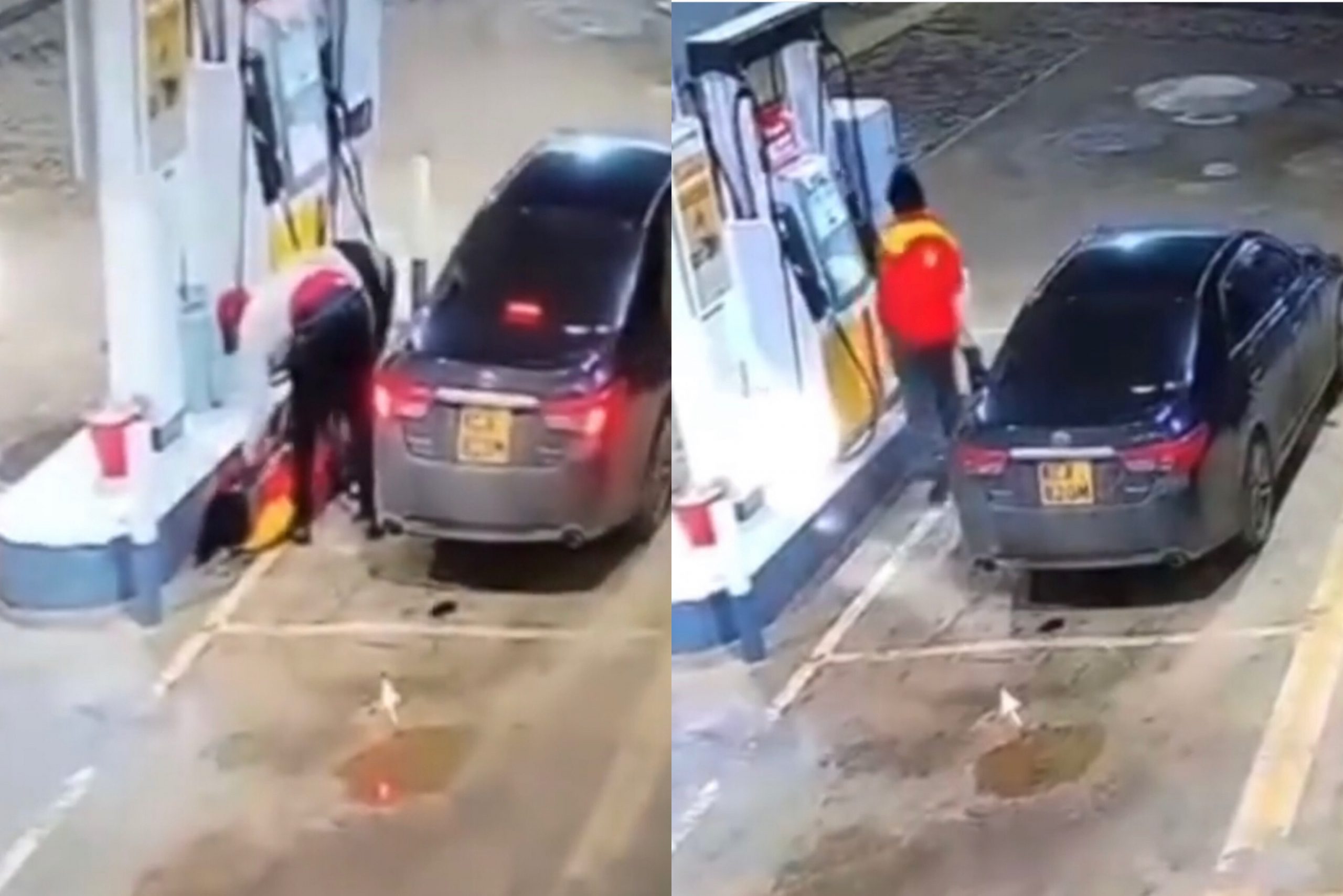 The crime wave nowadays is getting too much, it is becoming something that is making the security in the various African countries a joke.

Every time, a robbery case is recorded but that doesn’t seem to learn the robbers stopped even if the counterparts hets arrested.

In a video sighted, a filling station attendant was robbed at gunpoint by Armed Robbers who pretended that they want to fill their tanks.

After they filled it, they got out of their car and pointed a gun at the innocent fuel attendant.

He lied down and they were searching his pocket to take all the sales they have for the day.