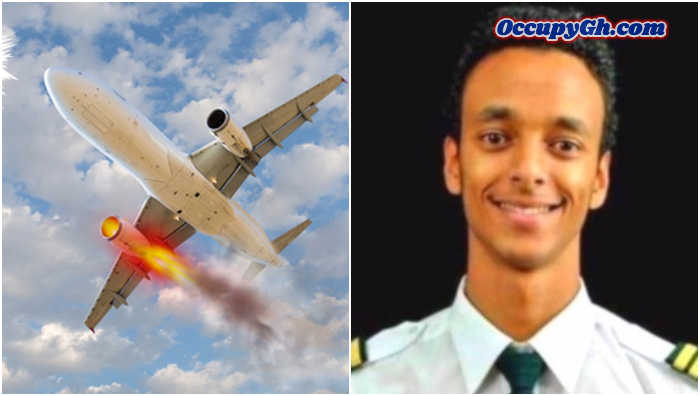 The final words of the pilot of the crashed Ethiopian plane, has been revealed shortly after an inquiry was set up to investigate the crash.

The final words of the pilot of the Ethiopian Airlines plane was “pitch up, pitch-up”, moments before the Boeing 737 Max jetliner crashed and killed 157 passengers. The Wall Street Journal reported that the plane’s final moments, painted a picture of a flight crew that was quickly overwhelmed.

The journal further reported that the plane took off from Addis Ababa on March 10, and ran into trouble almost immediately. First Officer Ahmed Nur Mohammed contacted the control tower and in a crackling transmission reported a “flight control problem,” according to the newspaper, which cited people close to the ongoing investigation. It was further gathered that the tower asked for details, as Captain Yared Getachew tried to climb and correct the glide path.

Two minutes into the flight oscillation became a wild bounce, then a dive. The flight lasted fewer than six minutes. The pilot who urged the other to pitch up was not identified, as all 157 people on board the plane were killed.

A faulty anti-stalling system on the Max is suspected in the disaster, which occurred shortly after takeoff. The Maneuvering Characteristics Augmentation System (MCAS) flight-control feature is also suspected in the crash of a Lion Air Boeing 737 Max in Indonesia last October, according to the BBC